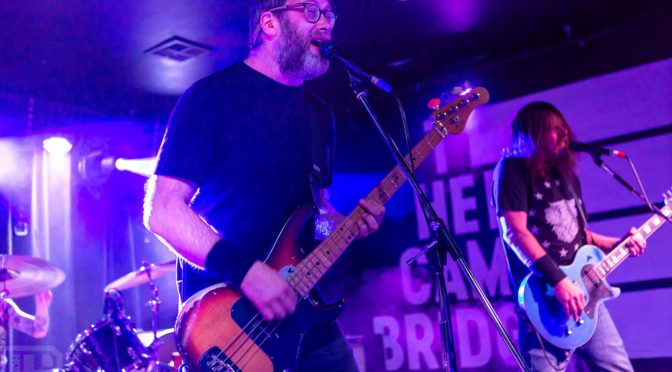 Newcastle has always played host to international bands. It’s just that it has never been with the same kind of frequency of our neighbours south to Sydney. In fact, my very first proper concert experience was Pantera when they played the Newcastle Entertainment Centre on their Far Beyond Driven tour.

Still, it’s always exciting when a good international band gets booked into one of our remaining live venues. So when Red Fang announced a show at the Cambridge Hotel, you can bet this scribe had his hand up waving wildly like an excited kid at the front of the classroom with the answer to a geography question.

There is, however, always some level of trepidation when said international act is below the tier of, say, a band used to playing the big sheds and arenas. I’ve personally seen some amazing bands play to less than half full rooms and so it was that opening act Black Rheno performed to a handful of eager punters soon after the doors opened. That’s a shame, too. Because the Sydney three piece (with the guitarist running a split rig that also acted as a bass, a-la White Stripes and Local H) rocked out hard with a manic set of high energy rock that was tight, but loose in all the right ways. Apparently the band has just started recording an album, so that’s definitely something to look forward to.

Next, the Drunk Mums looked like they’d stepped off a plane direct from the 1960s, complete with requisite ’60s axes and well-worn chord progressions. Despite the familiarity, the band brought a certain raucous sense of humour to the sound that helped make it unique. Loose, noisy and plenty of amusing between-song banter.

After a short intermission, no doubt thanks to their stripped down rigs not requiring too much setup, Portland, Oregon’s Red Fang took to the stage in front of a half-full, but very appreciative room of fans. They launched into a sweet rendition of Blood Like Cream and didn’t say too much for about three songs, when they’d clearly started to warm up a bit.

The mix tonight was nice and clear, with plenty of definition in the low end where singer/bassist Aaron Beam’s chord work could really shine. He really wields that thing like a baritone guitar and it works perfectly for Red Fang’s Sabbathian, stoner vibe.

Over what would be a 14-song set with no encore, the band wowed the enthusiastic crowd with tunes from all its previous releases, including latest disc, 2016’s Only Ghosts. They were super tight, despite the inherent fuzziness and ageless scunge that lies between all the grooves in their riffs. Oh, and how sweet their grooves and riffs are! They were certainly inspiration for all the middle-aged rockers in the audience and the DIYers out there. 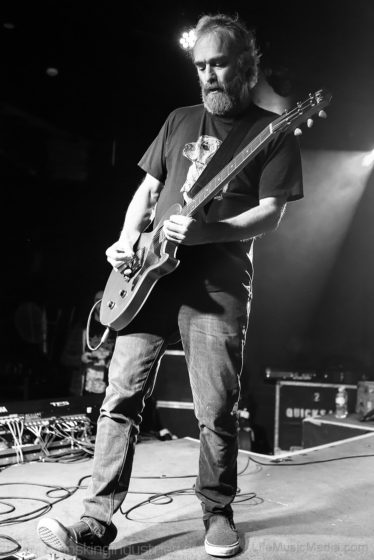