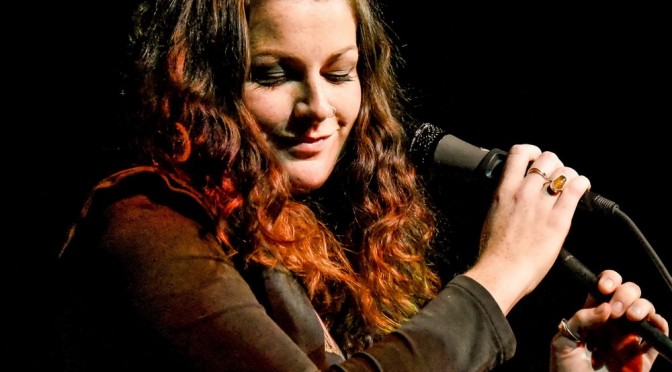 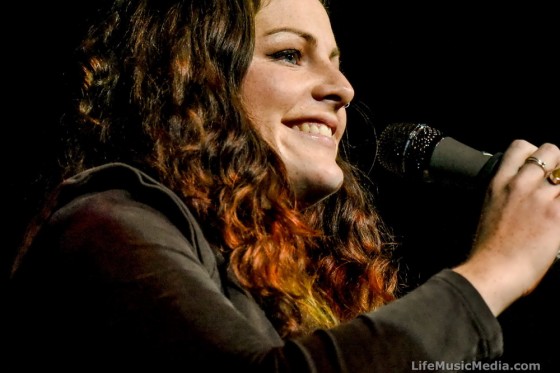 Rolling into Newcastle on the final shows of her Australian tour Karise Eden should be proud of her achievements this year. Selling out a gig two weeks before the night in Newcastle is no mean feat and is often reserved for acts of international calibre. I guess a lot come to see who she was, where she is going, and to listen to what she as done. There was no doubt she has a strong fan base the audience were a mixture of half 50 plus and the rest very much on the younger side of the age continuum.

Enter Eden dressed in jeans, a t-shirt and leather jacket wearing minimal makeup with her hair partially covering her face. There was no conversation, no hello with Eden launching into singing a set enriched firmly with emotion and dare I say honesty. The music is raw and so is the voice, man is it powerful. I watched a guy stop dead in his tracks on the way to the bar like someone had a knife in his back when Eden started a solo, she is that kind of a performer. Eating fruit to “Wet the pipes” there were moments of giggling and raw honesty when she spoke.

Promoting her second album “Things I’ve Done” everyone was eager to hear this self-confessed “lions roar” sing her latest offerings. Song titles “Dynamite”, “Black Heart” and “Taking It All” serve as an audible history lesson into this complex, powerful and yet at times childlike talent. Eden should be very proud of the album she wrote 11 of the 12 songs about her own life experiences and that is very evident listening to the content of her offerings Dressed in her “Gunnies Shirt” which drew laughter from the audience Eden then preceded to break into a solo version of the G&R classic “Patience” and you could have heard a pin drop.

“Anyone watch a show called Love Child?” which was met with resounding applause and confirmation. “I was asked to sing on the album” as she launched it the Carole King classic “Will you still love me tomorrow”, so beautiful was the song it was met with “Can you play it again?” from an enthusiastic audience member we only wish she did.

The crowd never stopped encouraging this unique individual, love was in the air, hearts swelled and tears were shed. Following the standard encore Eden returned to surprise even the band’s guitar tech. “I wasn’t going to do it” Eden giggled as she broke into her version of the classic “Hallelujah” which echoed around the walls of the packed auditorium, and then just like that it was over.

I left feeling warm and almost intoxicated by the talent I had witnessed. I am sure there is a long term audience for Karise Eden both here and around the world. I thank you Karise for showing me two sides of you. On one side the laughter and larrikin, the other a world class talent something we should be very proud of, I hope you visit our town again very soon.