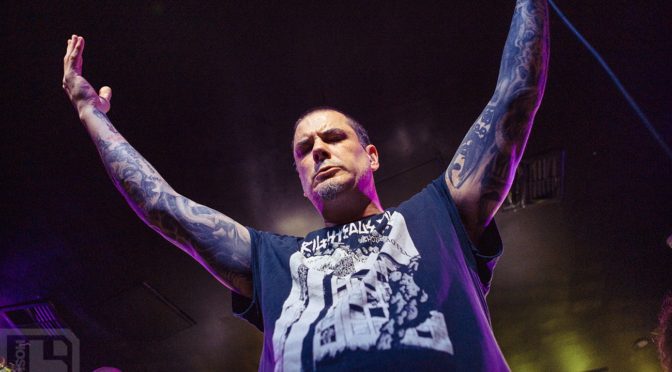 It’s not every Sunday that you get to experience some of the crustiest, filthiest metal the scene has to offer while the sun is still shining (festivals being the exception). But here we are on a perfect Autumnal day, walking into the iconic Cambridge Hotel in Newcastle before 5pm to witness just that.

Sadly missing out on openers Potion, we’re glad that we’re there early enough to see Palm from Osaka, Japan rage the stage with its own unique blend of down-tuned riffage. The Cambo is about half full at this stage, but razor-throated singer Toshi bounces around the stage in full flight with a blood curdling scream that get the punters riled up. More than once there’s a circle pit collecting bodies in the middle of the room. By the end of the set, the band’s dreadlocked Aussie bassist is pulling a shoey from a random punter’s jogger.

Melbourne’s King Parrot is up next with an extensive set of its uniquely Aussie, filthy, rockin’ metal. The band’s energetic live show lives up to the hype generated by existing fans and Phil Anselmo himself, who has previous done a lot to champion the band on the world stage. Looking gloriously bogan as each member barges their way around the stage, humour is a major component of their image, but there’s nothing funny about the songs – which are brutal, crusty and have the rapidly-filling room hanging on to every riff. It’s easily the heaviest use of a Gibson ES-355 this reviewer has ever seen.

After a decent wait (even though it is still only 7pm!), The Illegals take to the stage amid a cacophony of distortion and pummelling drums. Former Pantera and Down (and many more besides) front man Phil Anselmo clenches his fists and plays a little air guitar side stage in the darkness – psyching himself up before launching into a blistering set that is split between 50-percent new material and 50-percent Pantera classics.

Perhaps the first thing you notice is that Anselmo still has an imposing presence on stage. The second thing is that he still boasts one of the best screams/growls in metal some 30 years after hitting the world stage on Cowboys From Hell (there weren’t any songs in the set list that let us gauge the health of his singing voice).

The Illegals are super tight, in a wonderfully ragged way and the mix is thick and full, which makes the aural onslaught of the blast beats and breakdowns particularly satisfying. While all the chosen tracks in the first half of the set get plenty of attention from the crowd (who clearly are also almost universally familiar with them), it’s no surprise that the Pantera tracks in the second half send everyone in the room into a state of apoplexy.

Mouth for War, Becoming, I’m Broken, Hellbound (with a medley of Domination and Hollow riffs), Walk and A New Level pretty much flatten the building and sound even more intense tuned down a couple of steps from the original recordings. At times the crowd threatens to drown out Phil’s barks and screams as everyone sings along to the classic lyrics that for many, influenced their adolescence.

During I’m Broken, Phil brings Toshi from Palm and Youngy from King Parrot on stage to help with the words. It’s not the last time the small Cambridge stage plays host to more musos. At the end of the set, the band invites all the other bands up on stage for a ‘jam’ to celebrate the end of the tour for Potion and Palm (a result of additional dates being added to the end of the tour with Melbourne, Sydney and Brisbane being sold out).

It’s a barnstorming set and a brilliant afternoon of metal that leaves the room spent – even though it is still only 8.30pm! 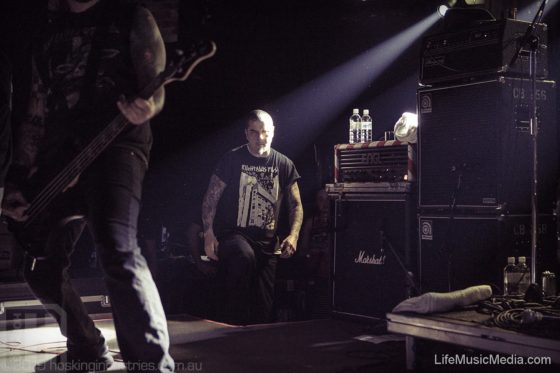