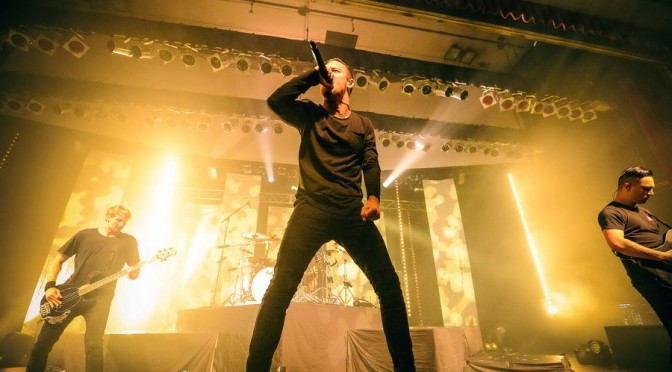 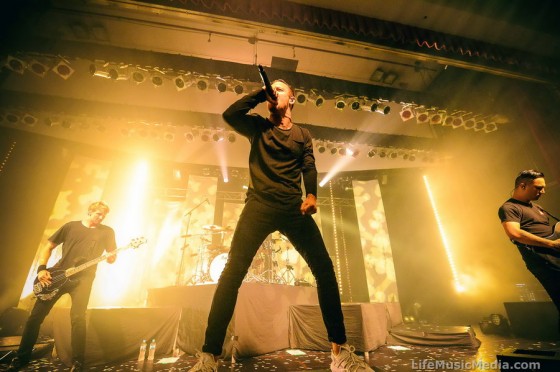 Parkway Drive, one of the hottest bands in the country rolled into Newcastle on Sunday night. A legion of fans young and older turned out to see the Byron Bay boys who made good as part of the ‘Atlas’ national tour.

Commanding a mosh pit as wide as the entire barrier and stretching out almost 20 metres back the fans were crammed in like sardines in a can. The support acts were impressive but most had come to experience ‘The Drive’. One thing was evident from the beginning, hard-core fans are perhaps the most loyal within the industry. Perusing the crowd uncovered a sea of black with the Parkway name and logo evident everywhere.

The show itself had everything, confetti fired from cannons, flames and pure raw energy from a very modest group of guys. Prior to taking the stage, the loyal mosh pit gathering what air that was left in their lungs before being squeezed against the barrier chanted “Parkway Drive! Parkway drive! Loud enough it could be heard well outside the auditorium.

Taking the stage the band opened up with ‘Destroyer’, followed by ‘Dying to believe’, Winston talked to the crowd asking does anyone want to sing along? This was met with a roar before launching into ‘Carrion’.

In all the 16 song set satisfied. I wondered who was more exhausted the crowd or the security from catching the constant crowd surfers with a clear aim to get beyond the barrier and closer to the band. The guys did an awesome job ensuring no one was hurt; sure it was fun but also increasingly dangerous. Acts like this add to the tempo running on pure adrenaline I doubt there would have been much sleep had by some after the show.

As the parkway express comes to your town make sure you catch it.

CHECK OUT our photos from the night here!