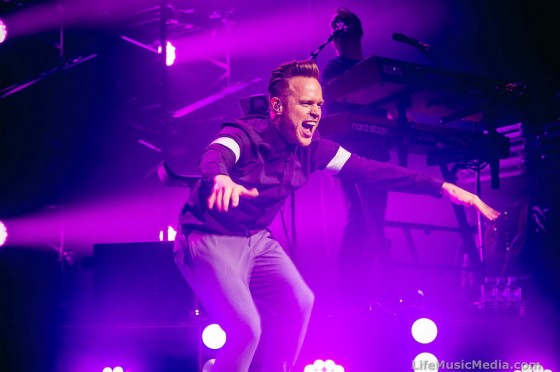 At only 31-years old, Olly Murs sure has done a lot. Albums, tours and even an autobiography. Olly arrived in Sydney on Tuesday night to play the final show of his 2015 Australian tour.

Murs was in fine voice and form. Joining him on stage was a very talented six piece collection of musicians including two powerful backup singers. The show was nothing short of high octane energy mixed with ego and gratitude. “You are the best crowd ever” echoed around the theatre. I might add the statement was said a number of times throughout the show, enough already.

Murs is the master dancer which was on display throughout the entire performance. His engagement in particular with the female audience was substantial. The tour itself was on the back of four studio albums pushed out in the past four years. The latest ‘Never Been Better’ demonstrates Murs ability to deliver in the studio with solid song writing. Paul Weller from the Style Council was honoured when Murs introduced the co-written ‘Let Me In’.

The stage presence of Murs oozes fun as evidenced by his own chants of “Olly, Olly Olly” which was reciprocated by the audience with an “Oi, Oi Oi”. The show produced a number of highlights, ‘Dance with me tonight’ took you back to a 60’s dancehall for those that can remember such a thing.

There was a ten minute tribute to the 70’s disco area with classic like Play That Funky Music, Le Freak, Good Times and Rapper’s Delight conveniently placed into the show.

Heart skips a beat, Did you miss me, Hey you beautiful, Hand on heart, Never been better, Right place right time, Seasons, Up, Hope you got what you came for, Dance with me tonight, Dear Darlin, Let me in, Funk Medley (Play That Funky Music, Le Freak, Good Times, Rapper’s Delight), Beautiful to me, Wrapped up

Check out our photos from the night… click here! 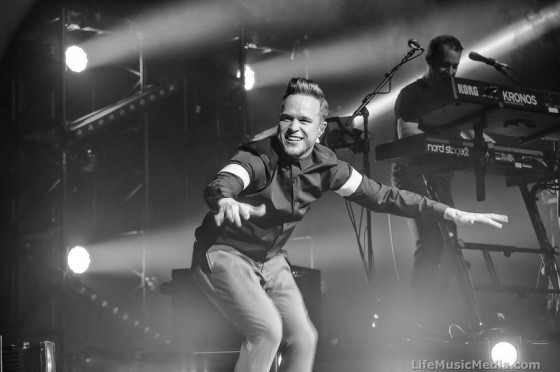