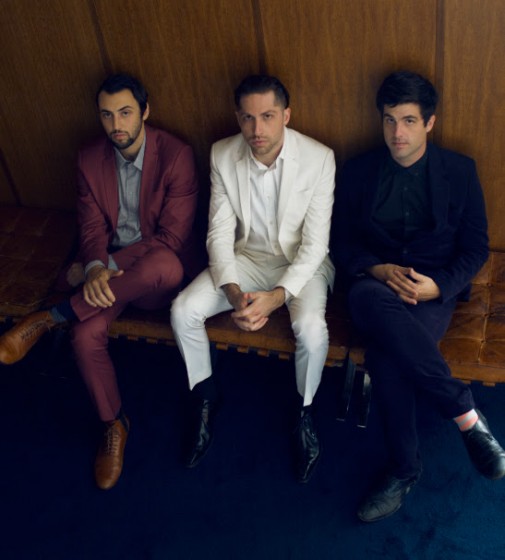 While supporting Tame Impala on their national tour, Mini Mansions took a moment to play a laid back, grassroots show at Sydney’s GoodGod Small Club. Exchanging the open stage and flair of a larger venue for a stripped back, tight venue. The experience at GoodGod was a pure representation of the band’s skill and appeal to music lovers.

To pass the time before Mini Mansions were to take the stage, locals Big White cruised in with their New­-Wave blend of Pop for punters to bop along to. Performing solely with the intent to have a good time, the bands carefree disposition was hard to ignore. With members tossing around the responsibility of lead vocals on each number and clambering to fit onto the narrow stage; it was a great sight to behold.

To act as a complete juxtaposition to Big White, Mini Mansions came onto stage enveloped in an cool ambience. Little on words but overflowing with talent, their set was purely about the music and did not need any hype ups to bring the crowd into their world. Starting with Double Vision the mix of elated vocals and blaring instruments was well received by the now packed out venue.

Playing much of their latest release The Great Pretenders, the set was blaring with energy and its source was Michael Shuman who was nothing but electric during the performance. Juggling vocals, drumming and the guitar, Michael is a composed musician with every ounce of his body dedicated to his craft.

Complimenting this atmosphere, Zach Dawes and Tyler Parkford both aid to this sensation rather than contest the limelight. Tyler’s falsetto adds a light element to the show while Zach preferred to remain distant on the bass only offering slight moments of unfiltered dashes of energy.

From a cover of Blondie’s Heart of Glass to the sinister sounding Creep. The performance wasted no effort to plateau out after each number, instead the intensity of the performance grew after each hit until the beloved Vertigo made an appearance near the end of the show.

What started as a performance of collected, in control performers ended with frayed hair, satisfied expressions and a crowd stunned by what they just witnessed. As Freakout! marked the end of the show and the band casually slipped off stage, the need for these artists to return to our shores for their own headliner tour never looked more evident.