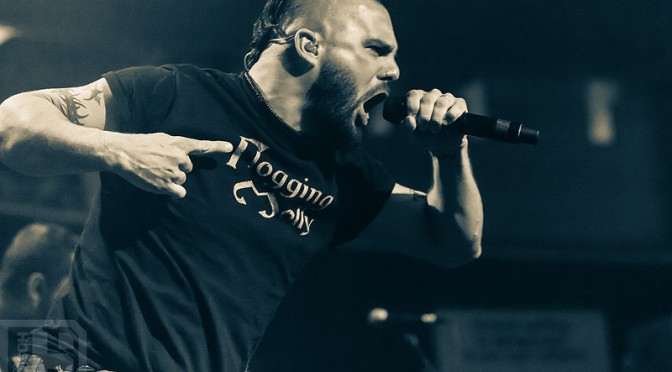 Last time this reviewer was lucky enough to see Killswitch Engagewas at what was then called the Forum at Moore Park (now the HiFi). It was a sideshow to another festival and the bill included Divine Heresy and Shadows Fall. It was a remarkable show housed within a diminutive venue when the band was fronted by the mighty Howard Jones – who, at one point in the show climbed the speaker stack and proceeded to fall into the crowd below. The anticipation level was high for tonight’s show.

Opening things up was Kill Devil Hill. The not-really-supergroup (featuring Rex Brown from Pantera and Down on bass, Johnny Kelly from Type o Negative on drums and ex-Pissing Razors singer Dewey Bragg) have some fine pedigree behind them, but veer away from their collective reference points with a driving rock and roll style dissimilar to anything from any of those three bands.

Sadly – and despite some excellent stage craft – the songs largely lack the magnetism and dynamic movement found in their former brands’ song writing. Bragg’s repeated reference to Pantera seemed a little unnecessary as well, with the band going so far as to covering ‘Mouth for War’ to close out what was an entertaining set, but one that left us wanting.

As a roadie brings out a milk crate full of beer and assembles the bottles and cans on the respective musicians’ amps (James Squire Four Wives for Adam D and Joel Stroetzel, Guinness for bassist Mike D-Antonio), the full UNSW Roundhouse is buzzing with anticipation.

Punters up the front are already being squeezed against the mosh barrier and as the stage lights go dim to the sounds of RUN DMC’s ‘It’s Like That’, everyone goes ape shit crazy. Killswitch Engage rip into ‘Bid Farewell’ with an intensity that didn’t let up for the duration of the 19 song set. All the frontline guys worked the stage with a presence that captivated all who were watching, performing songs from their entire catalogue – and singer Jesse Leach handling former vocalist Howard Jones’ material admirably. Leach is clearly stoked to be back in the group, not letting up for a moment as he commanded the swirling mass of bodies in front of him, some guys falling over the barrier over a half-dozen times during the set (much to the consternation of security, who seemed to get a bit rough at times).

All the hits were there, including ‘Rose of Sharing’, ‘Take This Oath’, ‘Last Serenade’ (complete with a ‘Battle of the Pinch Harmonic’ between Adam D and Stroetzel) and ‘Fixation on the Darkness’. Killswitch are proof you can be an intense metal band with a huge following without taking yourself too seriously. Adam D can’t stop moving (in his camo bandana and short shorts, proclaiming to the audience he has large man boobs), even running on the spot if he’s not alternating stage positions with the other guys.

Tonight’s show makes it obvious why the band has outlasted the metalcore tag while so many others have faltered: song writing. The hooks are so big, the WA government could use them in their maligned shark cull. The dynamic intensity of their songs has the mosh barrier straining under the pressure of the rabid crowd and at times it’s hard to hear the band as the crowd sings along to every word. 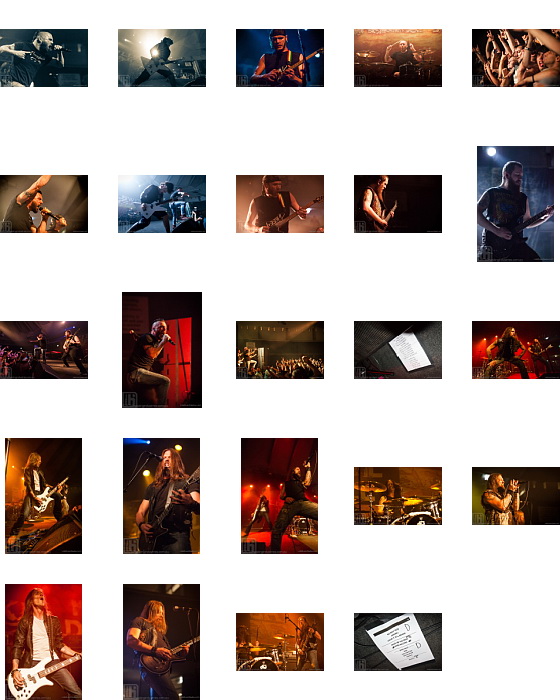