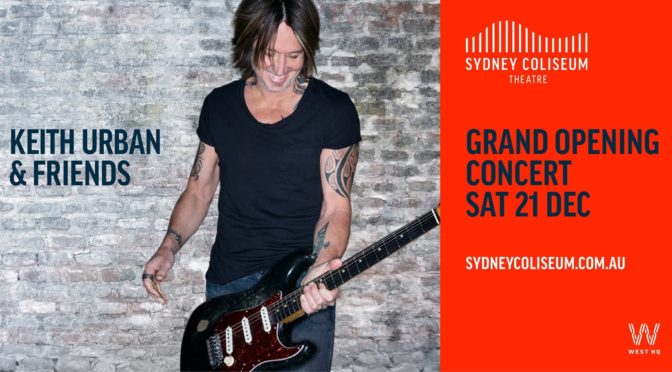 The red carpet arrivals began just before 6pm, Richard Wilkins leading the way, soon followed by entertainers including John Butler, Ross Greenwood, Paula Duncan, Jasmine Rae, and Sami Lukis. Richard Wilkins played host for the night, and once inside the concert hall, he started the night off by introducing the first act, John Butler to the stage. John Butler kicked off with his hit Better Than, followed up with some of his thought provoking political poetry, which elicited murmurs of agreement from the audience. An incredibly talented musician, Butler beat rhythmically on his guitar, using it percussively like a drum. He finished off his set with Pickapart, before leaving the stage to make way for the next artist.

Indie singer-songwriter Amy Shark came out amidst a plume of smoke, and delighted the audience with her fresh brand of pop. She sang some of her most popular songs, including Blood Brothers, Mess Her Up, and All Loved Up. The crowd laughed heartily when Amy introduced a song about her ex-boyfriend called The Idiot. The audience sang along with her cover of Girls Like You by Maroon 5, Amy Shark performing Cardi B’s rap section of the song perfectly. The performance of her multi-platinum selling song Adore got cheers from the audience, who then sang along with her for her final song of the night, 2019 APRA Song of the Year, I Said Hi.

Richard Wilkins appeared again to make the final introduction of the night, multi-award winning Keith Urban. Keith launched into his set with Coming Home, featuring duet partner Julia Michaels on the video screen. You can’t help but tap your feet when Keith Urban is performing. He entertained the crowd singing songs such as Never Come Down, Long Hot Summer, Drop Top, and his new Christmas single, I’ll Be Your Santa Tonight. Slower songs like Parallel Lines and Blue Ain’t Your Colour pleased the fans no end.

Keith picked out an audience member named Sasha to come on stage, and when she announced that she was with the RFS (NSW Rural Fire Service), she received a standing ovation from the audience. Keith thanked her and her fellow firefighters for their efforts in trying to save people and homes in the catastrophic fires that have been plaguing the country.

Keith was joined on stage by Amy Shark, and they performed a fantastic duet of Taylor Swift’s Lover. During You Gonna Fly, one lucky audience member was gifted a guitar, Keith signing it before handing it over to her. In one of the best moments I have ever seen on stage, John Butler joined Keith on stage for a duet of Bill Withers classic, Ain’t No Sunshine, accompanied by much loud cheering erupting from the audience. The crowd was then up out of their seats dancing for Fighter, and Wasted Time before Keith said his goodbyes and left the stage, returning before too long for a much appreciated encore. Keith dedicated his rendition of Peter Allen’s I Still Call Australia Home to the victims of the recent fires, and the firefighters who are battling them. The fans were all out of their seats dancing for the final song, Somebody Like You, punctuated with a piece of U2’s With or Without You sung by keyboardist Nathan Barlowe. As the lights went up, the crowd filed out, happy and buzzing after a fantastic event.

Keith Urban returns to the The Coliseum on December 22nd and 23rd, 2019