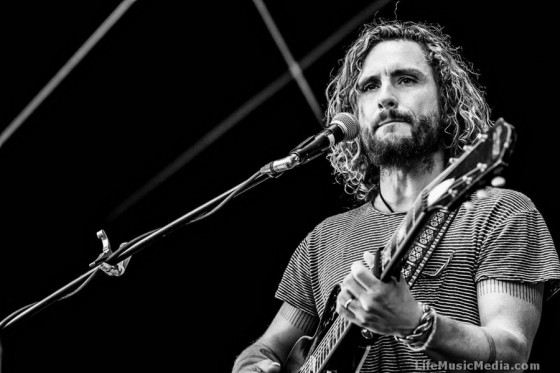 The support slot on the summer picnic rug festival circuit is easily the toughest around at the moment. With audience attention divided between divvying up the roast chook, keeping the ants out of hummus and wrangling over-excited toddlers out way past their bedtimes, it’s a tough mix. And, in the case of the hugely successful Melbourne Zoo Twilights series, adding to this is the distraction of a couple of boisterous lions having a bellow; it leaves little room for paying close attention to what’s happening on the main stage.

Which is disappointing for acoustic trio Tinpan Orange, whose intricate gypsy folk provided just a pleasant aural wallpaper to the buzzing vibe of the late summer sunset. It’s made even more difficult with the trio eschewing bottom end instruments, bar the odd kick-drum accentuation. Instead, it centres on a solid acoustic guitar, augmented by a bevvy of musical curios accompaniments including fiddle and mandolin. It’s a great mix, and its decade-long inhabitation on the indie-folk circuit is testament to it ingenuity. But it’s an intricacy which possibly suffers a bit from the lack of intimacy on the larger stage, and the many distractions results in the trio unable to cut through.

Half an hour later, and cutting through is not a problem the John Butler Trio has ever had to deal with, and certainly not on the second sold out Twilight show in the series. The JBT stage show has been a known element of the Australian gig scene for eons, evolving with the stylistic changes of albums through the years; from infamous 17 minute acoustic jams, barely able to keep from falling in a heap, through to countrified blues hoedowns and electrified pop folk.

Now, the gigs are a heady best-of compilation, tonight kicking off with tracks from the most recent album Flesh and Blood – namely the rootsy Cold Wind and the introspective I’d Do Anything (Soldier’s Lament). From there, a narrative plays out to tell the story of how JBT got to where it is today – the touchstone elder statesmen of Australian earnest roots rock.

The giant Better Man gets an early airing, before a faintly re-imagined Pickapart breathes new life into the finger-picked roots epic. It leads into a now-truncated instrumental Oceans, with a nice sage nod of the head to Once a Jolly Swagman thrown in for good measure. The once omnipresent guitar histrionics make a temporary return for Blame It On Me, while a hepped up Zebra absolutely captivates. A short encore punctuates the night with a crashing version of the euphoric Funky Tonight, drawing a line through a fascinating career and a palpable sense of where it’s possibly headed.

More photos from the nights are here… 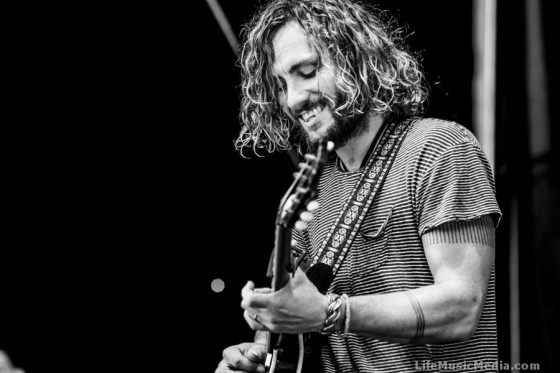