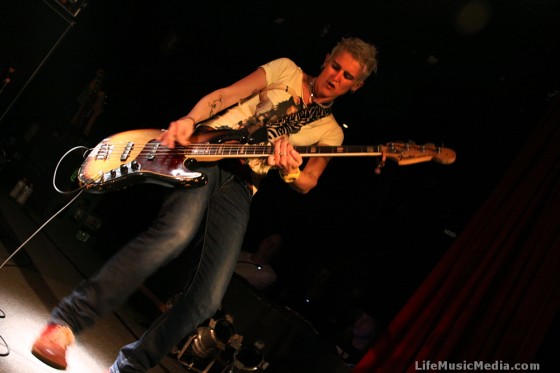 Enter the energy of a newly nationalised youth broadcaster in Triple J, however, and the Jebediah of this universe is one which has soundtracked many an Australian summer. The two entities grew alongside each other symbiotically, with The Jebs using the unprecedented canvas to carve itself a comfortable niche as one of the flag bearers of the 90s alternative pop ­rock boom.

20 years hasn’t changed much for The Jebs: except the revelation they have now become the Peter Pan of the Oz music scene. Ness is still impossibly energetic, Mitchell’s nasal drone is still as raw and robust as ever, and there is nary a sign of a broadening waistline or receding hairline (despite the abundance of both in their audience).

First up, however, and fellow­ 90s rocker Adalita (she of former Magic Dirt fame), busted out a ethereal set of grungy rock which tilted the evening a full 90 degrees. Annihilate Baby and Trust Is Rust are dark, menacing and twisting tales at odds with the summery pop of the headliners. On its own merits, however, the set is a beast of a thing: a full band set up allows a luxury of space and the guitars take full advantage, delving deep into hooky outros which thrill and engage. The filling room takes a collective breath at the end of each song, as Adalita once again reaffirms her title as the Queen of Australian Rock.

The first half of The Jebs set is a career retrospective, with an exploration of rarities and oldies for the long term fans. Control and N.D.C are examples of their harder side, while the glorious pop hooks of Animal and Fall Down are impossible to brush off; they seep into your pores and get your arse into boogy mode, whether you like it or not.

A short intermission segues into a full album treatment of the 1997 opus Slightly Odway, and from the outset it’s hard to comprehend all of these moments came off just one album.

Tall timber such as Teflon and Military Strongmen are delivered and received with fervour, and sit alongside fearsome album tracks Lino and Puckdefender. It’s when you realise these also come on the same album as the searing Leaving Home and the melting Harpoon, that you get a true idea of the breadth of this behemoth. It’s impact on a generation of Oz rock lovers is indelible and belies it’s now 2 decade long existence. 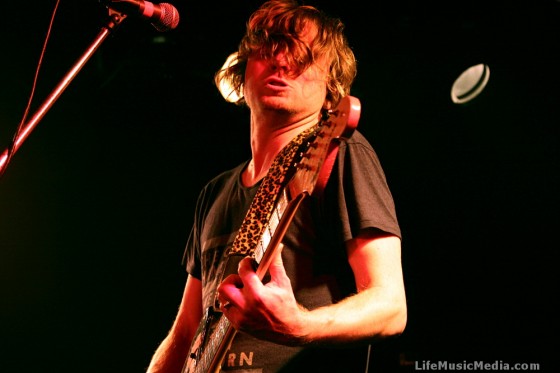