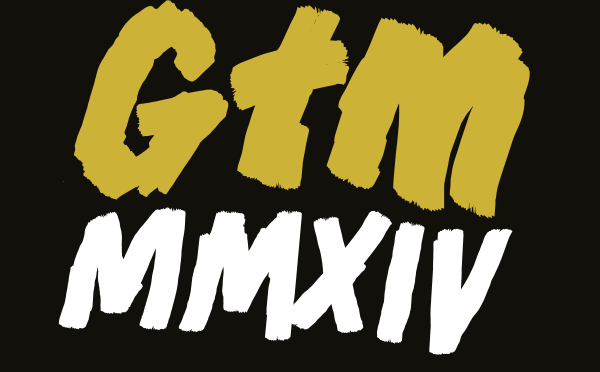 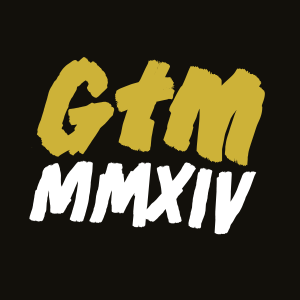 Again comes that time of year where a mixture of locals and people from out of the state come together for a chilly day of good music at Groovin The Moo 2014 held at The University of Canberra. There was a clear distinction of who was a local and who wasn’t based on the apparel worn to combat the weather. Though, despite where you came from, the festival provided enough musical diversity to satisfy anyone’s quota for the day.

To start the day, Sweet Shoppe opened with a short but tenderising set that did intrigue many festival goers as they started their day. With a hypoactive sounds that sports a gifted female vocalist, the set was a great representation of the local talent coming from Canberra. It is always encouraging when locals make the effort to come out and support the band they enjoy at the start of the day.

Following the energetic start from the previous band it was now Steptones chance to bring their smooth rock to the crowd. With a vocal style that draws a heavy likeness to John Mayer and their stylish rhythmic movements, the band radiated a ‘cooler than you vibe’ that didn’t seem intentional at all. Their track “Six Shooter” was one of the more enticing numbers that hinted at a Presley influence in their music.

A little bit later The Jungle Giants amassed a full crowd to party along to their psychedelic sound. Coming a long way from their Brisbane roots, the crowd showed their excitement for this act through constant screams and out of tune melodies to match the pacing of the band. “Lovers in the Night” stimulated a tidal movement from the crowd as waves of fans bopped along to this catchy tune.

Taking a moment to split from all the buzz of The Jungle Giants, I managed to catch the final half of Andy Bull’s set. “Baby I’m Nobody Now” was the tune being played at the time and there was a slight contrast to the vibe of the earlier band. Under the veil of the Moulin Rouge the vibrant lights of the stage lit up the performer as he instinctively dipped in about out of his falsetto to deliver some awesome notes.

As the cold started to hit, many of the acts used their distinct styles to promote movement within their respective crowds. Pure rockers Kingswood played a dynamic set to bring forth the warmth of the moshpit. A notable entry into their setlist was a cover of First Aid Kit’s breakthrough single “Wolf”

Hidden beneath the presence of all the rock bands, one man held his own against the plethora of the larger numbered acts. Robert Delong showed off his proficiency in drums, electronics and vocals as held blended them all together during his set. The track “Happy” saw the addition of a video game controller linked with different samples to deliver a 16-bit song. To further complement his performance, the visuals on screen consisted of highly defined animations and concepts pieces to reflect each track being played.

As the afternoon settled in, many attendees decided to settle in at one stage to conserve energy and maintain warmth. When it came time for Parkway Drive to play, the cold was non-existent only for this segment of the festival. Being hit with a wave of body heat as you entered the tent, the band exploded onto stage with fierce conviction to take advantage of the fact they were the only hardcore act to play the festival.

Now to play right after such an established name in the music industry is a hard act to follow, unless you can generate the same amount of energy in your performance as the previous act. Luckily Violent Soho delivered a comprehensive set that feed off the residual intensity left by the mosh kings who played before them. “Saramona Said” was delayed due to a busted amp which with most acts would have killed the vibe of the set but without any cue, the crowd leapt at the opportunity to voice their admiration for the band. Before declaring a staggering hell fuck yeah for “Covered in Chromo”

Returning to the main stage to witness a congregation of hopeful fans, there was an element of anticipation for Perth alt rockers Karnivool as they took the stage. Unleashing a string of high octane songs the band singled themselves as one of the more impressive live acts of the day. Their performance reignited the ambitions of the crowd as they embraced the offerings of this oh-to-short set.

Yet again seeking refugee from the elements, Peking Duk revealed a different atmosphere for the festival through club inspired mixes of radio tracks fused with well-timed drops and throwbacks to the crowd. The area was littered with laser lights and earth shattering bass-lines to get the crowd “High” on their alluring set of cross generational hits.

With the festival nearing its end, The Jezebels played a theatrical set to maintain the crowd. Well known songs such as “Endless Summer” & ”Easy to Love” may have physically moved few but did manage to captivate the surrounding onlookers with Hayley’s strong vocal and physical presence. The set acted as her medium to reveal the extents of her range with surprising success as very few couldn’t help but direct themselves towards her and her fellow bandmates.

It is at this point of the night right before The Presets were due that I become another victim of poor planning for the brisk cold that fell upon the night. Only managing to get a glimpse of the new stage and lighting setup the boys have. It was a clear indication that this duo were still in fine form and it wasn’t until the latest single “Goodbye Future” was played that I drew myself away from the unmoveable mass that gathered to finish their night properly.

As I left the grounds with remanets of finer memories had with The Presents sustaining a powerful presence behind me. I felt my stomach sink as I knew the finale of this set would have been the perfect finisher to a day filled with unforgettable performances.

Having experience the offerings of the summer festival period, It is a nice reminder that there are gems within the industry that can still sustain a loyal following in the off peak season and still see such an impressive turn out.