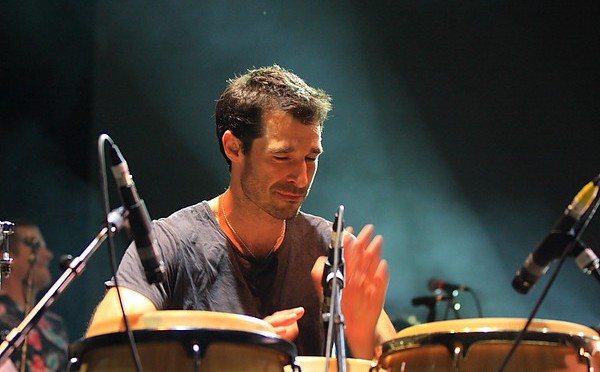 It was surprisingly quiet driving into Falls Festival this afternoon, but understandable given last night’s massive party. New Years’ day brought a more subdued and chilled out crowd but Falls Festival did not disappoint delivering yet another sensational line up to celebrate the first day of 2014.

Johnny Marr was a small treat to the few that were present at the main stage. It was such an honour to have caught the Smith’s guitarist perform solo in Australia. There is no denying that The Rubens were a crowd pleaser. Their vocalist treated the crowd with his honest and deeply emotive voice and much to his surprise everyone sang along with him. With a tinge of Tame Impala to their sound this Aussie band from Menangle NSW, was rewarded by an appreciate crowd. Yeah I know, you are asking where Menangle is. It is in Inland NSW with only 350 inhabitants which makes The Rubens even more remarkable.

By 7pm the place to be was the Forest Stage where Rufus’ set exploded setting the very sizable crowd off. There was absolutely no room to move into the pit and late comers were left at the peripheries of an ever growing audience. Everyone quickly rushed back to the Amphitheatre to catch Grizzly Bear perform a chilled out set. But mid set again the crowds migrated back to the Forest Stage for Questlove’s highly anticipated DJ set. Once again the Forest Stage was overflowing leaving only small patches of dirt on the edges of the crowd to listen to The Roots’ drummer pump out a killer set.

Once the punters had finished moving back and forth between stages and settled back in the Amphitheatre The Cat Empire hit the stage to once again set a now capacity crowd off. It’s great to reflect on how a band like The Cat Empire has matured from a suburban Melbourne outfit to a fully fledged international outfit whilst still retaining their laid back Aussie nature. Their international stardom was evident tonight through a set containing a sprinkling of old favourites and soon to be new hits.

Rounding off the Amphitheatre tonight was Vampire Weekend. Woao, Woao and Woao again. It is such a pleasure to see highly spirited performers share their passion with Australian audiences. Vampire Weekend brought day two to a close and sent the revellers back to their tents, apartments, homes and hideouts to await yet another day at Falls Festival.
Tomorrow we eagerly await yet another rocking, dancing and highly energizing line up to take us into the weekend. 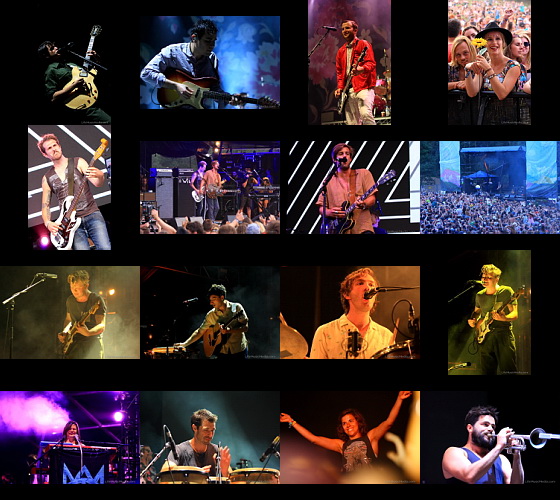