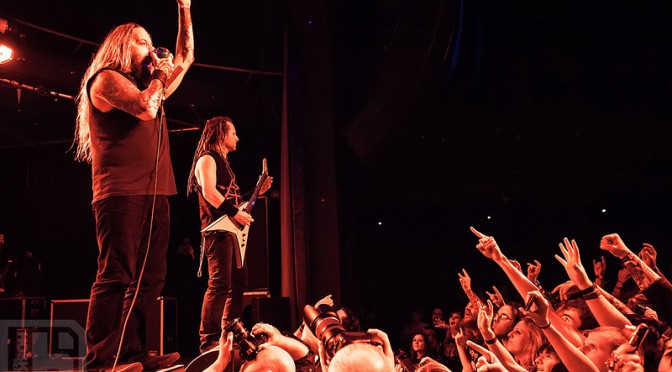 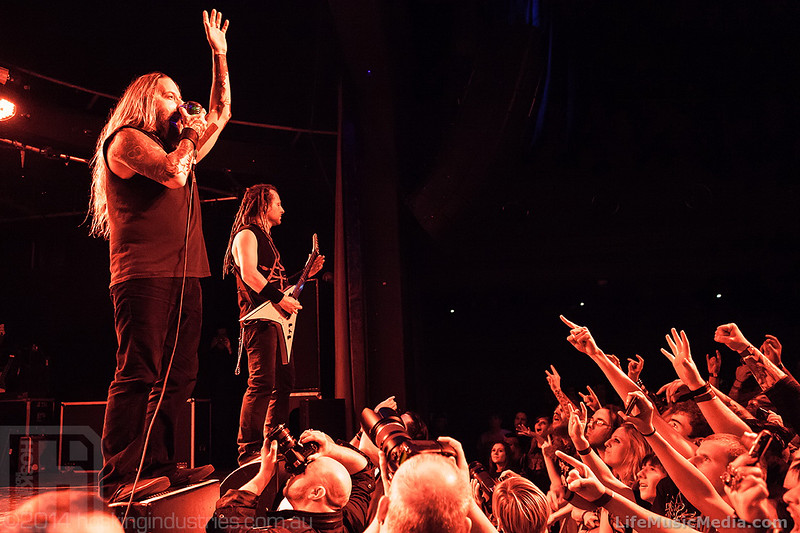 With a line waiting out front that stretched around the corner and up the street, there was no question tonight’s show with US metal bands Whitechapel and Devildriver was going to be a brutal one. While it’s unfortunate that most of those people would miss the opening act due to the HiFi’s super slow entry process (to the extent that the tour manager would have to delay Whitechapel’s start time until everyone was allowed in well past 9pm), Whitechapel and Devildriver no doubt made every single punter in the full room forget about any annoying delays.

Knoxville, Tennessee natives Whitechapel pummelled anyone within earshot with their crushing three-guitar attack. For anyone watching, the feeling may have been a little more subdued due to a pretty static performance only punctuated by frontman Phil Bozeman’s energy and imposing presence. Regardless, it’s a super-tight set of throat-ripping brutality and it’s clear that the room is not just here to see headliners Devildriver by the constant fist-pumping and the number of bruises sustained when Bozeman ordered the crows to split into two and form a hellish circle pit.

Devildriver, by comparison, didn’t stop moving for their entire set, winding their audience up to greater and greater levels of insanity. Frontman Dez Fafara stalks the stage like some viking/biker rock and roller, vintage-style microphone always at the ready to scream bloody murder. They’re consummate pros, having done most of their own tech work prior to the set, but still rocking the HiFi like a hurricane of modern metal riffage and pummelling half-time breakdowns with bodies falling over the barrier like so much storm damage. 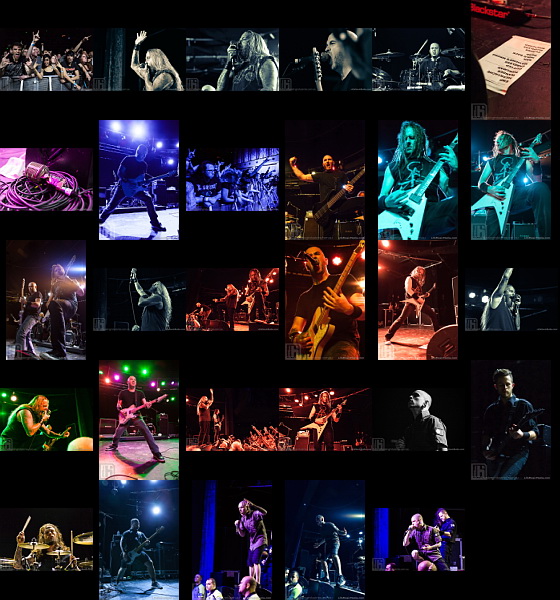