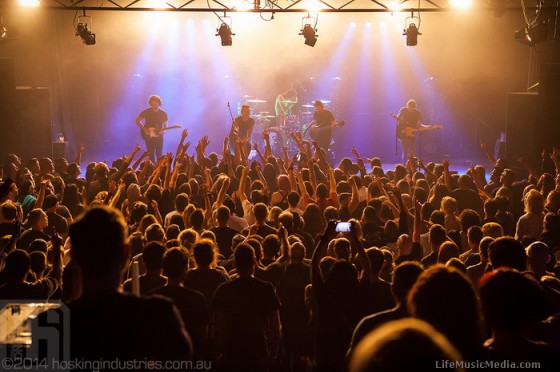 What a way to close out the gigging year: a headlining shot from Dead Letter Circus at Sydney’s venerable Metro Theatre, supported by sleepmakeswaves. Sydney’s 4-piece instrumental act sleepmakeswaves are an interesting proposition, given the lack of a front person. Yet despite the unconventional post-rock style, in the vein of recent acts like Scale the Summit and Russian Circles, the band is keeping the audience’s attention easily – no doubt via their combination of soaring crescendos and delicate, intricate twin-guitar interplay. Tonight is certainly the perfect Aussie prog’ tonic for a hard, working year.

Dead Letter Circus got their set going, first with John Farnham’s ‘The Voice’, to which the audience sang along en masse – then with a dubstep Xmas carol over the PA, much to audience’s amusement. Despite their very serious music, clearly, they’re a band with a sense of humour.

While the Metro isn’t sold out, it is comfortably full – and full of very enthusiastic DLC fans who regularly sing along with Kim Benzie’s lyrics. The Brisbane band’s two guitarists, Clint Vincent and Luke Palmer, weave brilliant tapestries of Telecaster-driven magic and bassist Stewart Hill is easily the most energetic member of the group (perhaps with the exception of the very excitable drummer, Luke Williams, who also sings), regularly bending so far over backward we get the feeling at some point he’ll simply not bounce back.

This is one of DLC’s last shows before ending 2014 and heading into the studio to record their next album, and they’re clearly here to please, rattling off a long set list of tracks that pretty much covers their entire catalogue, much to the crowd’s applause. With less heavy moments than prog’ kin Karnivool, the gig isn’t really a moshing experience, but the punters still let loose when the guitars get heavy and it was all smiles as the crowd exited into the humid Sydney night air. 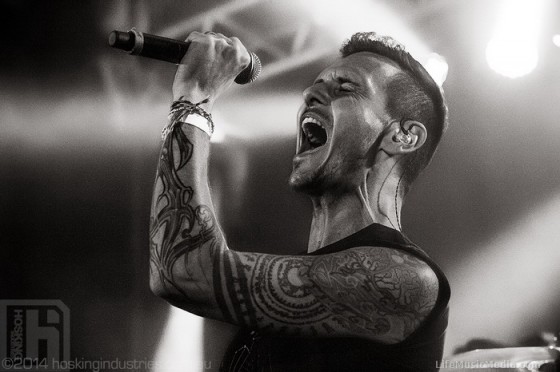 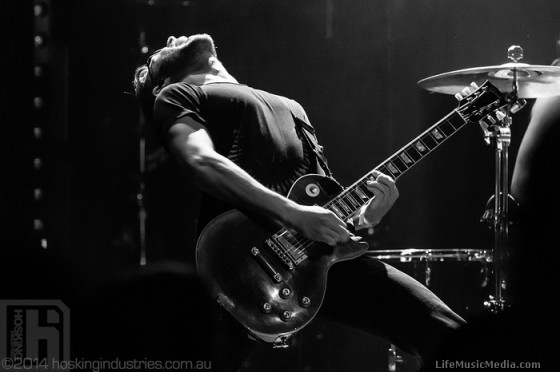