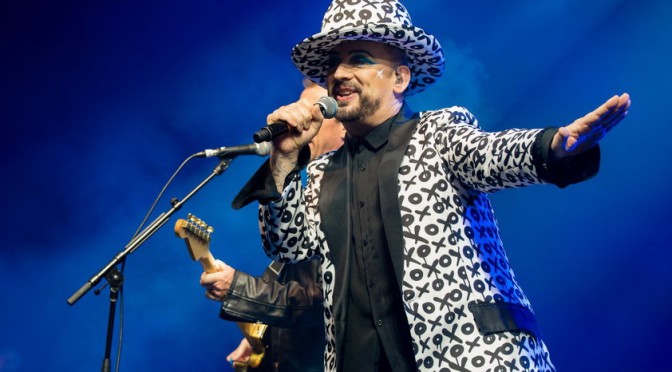 Review and photos by Amanda Starkey 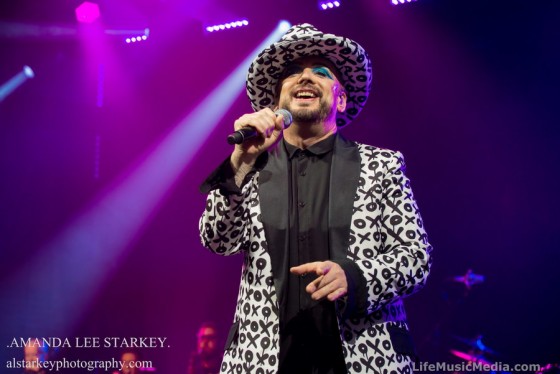 The rain held off for the final leg of Culture Club’s Australian tour in Brisbane at the open – air Riverstage. It’s the first show since the 2000 tour and there are rumors that it could be the last world tour as a band.

Despite the threat of rain, fans flocked to the venue in full force many decked out in full 80s- era Boy George costuming complete with hats and hair wraps. The man himself is dressed in a monochromatic suit, aqua eyeshadow and sporting a light beard, the self-confessed drag queen looking nothing short of fabulous.

Opening with ‘Church’ the band play a mix of older numbers to take fans on a nostalgic trip down memory lane with classics ‘ Tumble’, Do you really’ encouraging the enthusiastic crowd to dance and party. For a moment things get serious as Boy George dedicates ‘ Victims’ to the recent victims of the Orlando Pulse nightclub shooting and urging that “We all need peace in the world” as the crowd respectfully remain quiet for the song to honour the victims. Not allowing the mood to remain sombre for too long he dedicates ‘ Time ( Clock)’ to a loyal fan in the front row.

On stage Boy George is witty, charismatic and when interacting with fans quite humbled by the amount of effort that people have gone to, at one point joking with a fan that the resemblance is so uncanny they should be able to get better seats at restaurants. The chemistry with the original line up is electric with the band having just as much fun on stage as the screaming crowd below them. When the crowd sing the chorus to ‘ Karma Chamelon’ the mood is elevated to the stars above.

Before the evening comes to a close, a video rolls on the screen with birthday messages from celebrities Lionel Ritchie, Elton John, Cindy Lauper, Naomi Campbell and Kaitlyn Jenner concluding with Kate Moss singing ‘Happy Birthday ‘ Marylin Monroe – style as Boy George looks on. Support act Bjorn Again enter the stage with a sparkling three-tier cake for the singer and the crowd take a moment to sing to him as he declares it the best birthday ever.

Review and photos by Amanda Starkey
One World Entertainment – oneworldentertainment.com.au 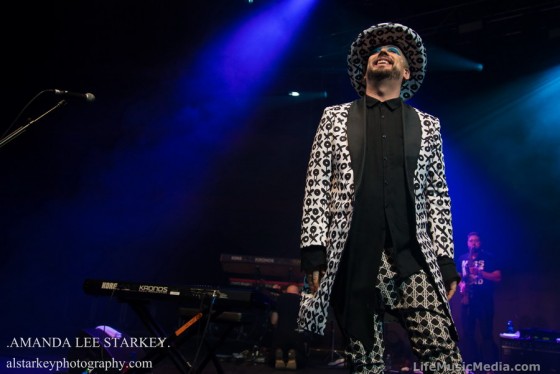