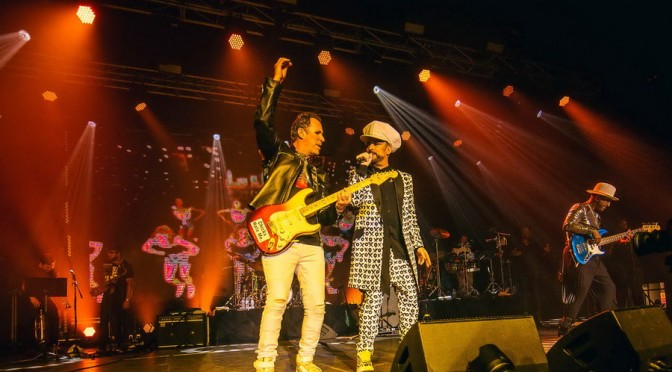 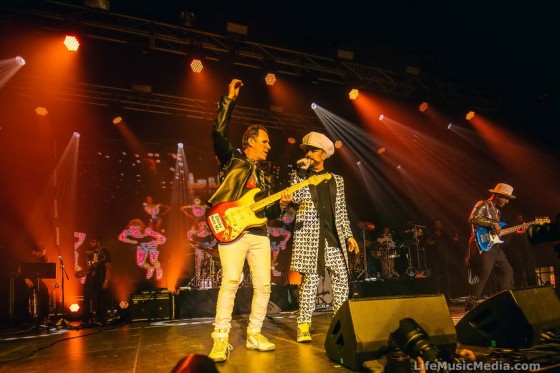 He is arguably one of the most famous faces from 80’s music; loud, colourful and flamboyant; he is Boy George. On Saturday night Boy George together with Culture Club originals Jon Moss, Roy Hay and Mikey Craig joined 9 other outstanding musicians to smash live music out of the park at the Hordern Pavilion. Commanding front and centre George was a magnet seeking attention and rightfully getting it.

Opening the set with a trio of Culture Club hits including ‘Church of The Poison Mind’, ‘It’s A Miracle’ before asking the packed house “should we tumble?” before launching into the hit ‘I’ll Tumble 4 Ya’. “Tonight we are Culture Club, I’ve played here a few times, I see they have you packed in here like sardines” George relayed to the packed house. A constant video stream in the background took the crowd back to the mid 80’s which complimented the music throughout the gig.

There was a beautiful connection to the audience, something genuine that needed very little, if any, promoting. The music was the conduit. “My favourite decade is the 70s, I wanna be stuck in the 70s… the 80s paid for my house” laughing with the crowd. There were some serious sides to the show as well with ‘Black Money’ and ‘Victims’ proving beyond doubt the band was tight and vocals were solid.

“You are all a serious lot, are you hot?” The crowd responds with yeah! “Well take your clothes off, its her majesty’s birthday so pretend your at a Queen concert coz in a way you are” … was met with laughter. During the 20 song set Boy George kept his image fresh with three clothes changes, unlike a lot of artists these were fast and the result was worth it.

Culture Club closed out the night with ‘Karma Chameleon’ followed by covers of David Bowie’s ‘Starman’ and T.Rex’s ‘Get It On’. Overall a great night with plenty of hits, sing-alongs and fun.

Also, huge shout out to Kids in the Kitchen and Bjorn Again for warming the house up. 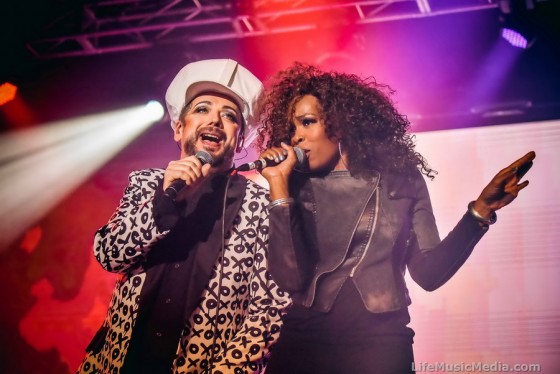