Contemporary Australian metal was on show in a big way tonight at Sydney’s Bald Faced Stag Hotel in Leichardt. The small room has played host to a surprising number of high-profile acts over the last couple of years, including some of the last shows by Suicide Silence before Mitch Lucker’s untimely passing and a recent show by UK noise merchants Rolo Tomassi. Tonight, Melbourne djent exponents Circles hit the joint, promoting their debut full-length album, ‘Infinitas’.

Three other Aussie acts helped get the night’s proceedings underway, starting with local act Beggars Orchestra. The band kicks off to a pretty empty room, but thoroughly entertains the assembled group that clearly includes a large contingent of enthusiastic friends and fans with their unique mix of dynamic and dramatic songs. They’re good to watch, with some good stage presence and while the vocal harmonies get better as the set progresses, overall they’re a great addition to tonight’s line up.

Sydney trio Red Bee are up next, pummelling the growing crowd with a frenetic set that’s bulging with grooving, grinding riffage. Singer/guitarist Daniel Silk and bassist Jim Silk are manic on stage, rarely occupying the same space for more than a moment as they wind up the crowd, keeping the mood light between songs with witty banter.

It’s nice to hear an Aussie accent in Daniel’s singing voice, too. If you haven’t seen Red Bee live yet, you’re sorely missing something special. Three words: ‘Lose. Your. Shit’!

Sydney’s Dawn Heist hit the stage off the back of a successful European jaunt, looking confident and sounding tight. With a new album hitting shelves on November 15 (2013), the band includes some new material in tonight’s set to plenty of applause and their layered modern metal grind (helped by well mixed backing tracks) sets the tone nicely for the headliner’s set to follow.

This reviewer has been a big fan of Melbourne’s Circles since first hearing their debut EP about a year ago. Since then, the band has enjoyed some very positive international press, a trip through Europe and a rabid online following. To say that we were looking forward to tonight’s show would have been an understatement.

We’re not sure if Circles shipped them in themselves, but there is a large contingent of female fans in the room, which is both cool and unusual. Regardless of genitalia, no fan is left unimpressed by tonight’s performance that brings the band’s EP and new album ‘Infinitas’ to life beautifully. Their dramatic and dynamic blend of djent verses and soaring choruses make them at once on the cutting edge of modern metal and accessible at the same time. There’s no doubting that Perry’s incredible vocals help set them apart from the pack, too.

With an extensive set list including just about every track in their canon, Circles delivers an almost faultless show that seems them almost literally burst off the tiny stage, with livewire bassist Drew sprinting from one side to the other throughout the set.

With plenty of merch’ sold during the night (including a shirt for yours truly) and a relatively full room, the future looks bright for Circles and we hope it is. Be sure to see them when they come to your town. 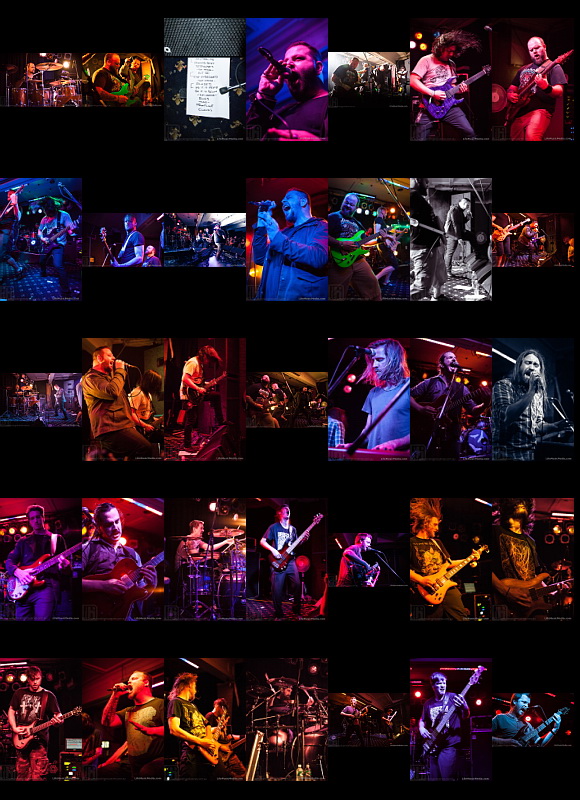