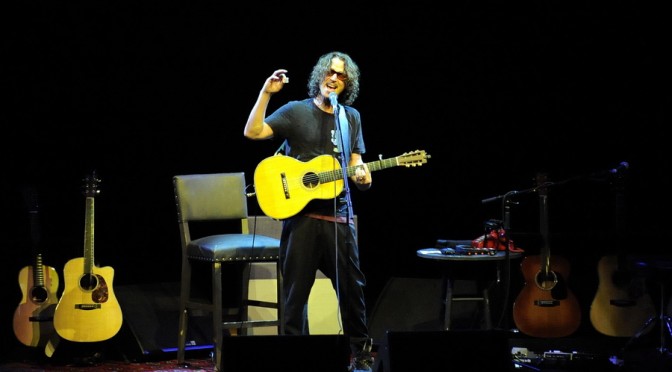 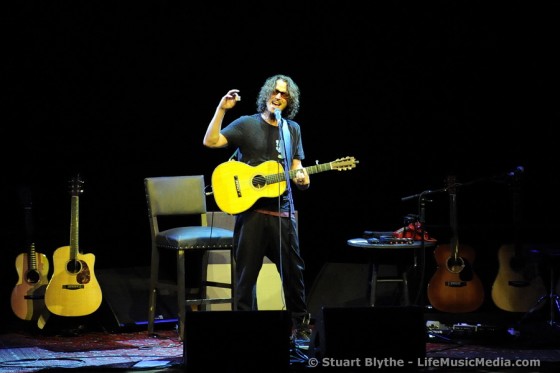 From the genesis of grunge to two multi-award winning bands to a solo career spanning 5 albums and 10 years, Chris Cornell never disappoints; and tonight’s acoustic solo performance at QPAC was no exception. The post-90’s Gen X crowd swooned for a chance to see the former Audioslave front man, a sea of Soundgarden shirts and combat boots calmly making their way into the auditorium for what many will argue was the greatest Chris Cornell show to date.

With a vibe that transported the audience to a 1994-Seatlle-Coffeehouse, Cornell casually entered the stage, greeting the audience and shaking hands with the front row. Dressed in relaxed grunge-wear; black jeans, a black t-shirt and black combat boots; Cornell made the filled performance hall feel like we were sitting in his living room, sharing a beer, a story and a song. Opening the show with a lesser known track, “Before we disappear”, from his 2015 album Higher Truth followed by “Two Drink Minimum” from his 2009 solo album Scream, Cornell willingly encouraged the audience to take photos and video of the performance, to call out requests, and cheerfully conversed not only too, but also with, the audience, attributing the inspiration for writing a second acoustic album to the positive reception he received from Australian audiences during his first acoustic show, Songbook Tour in 2011.

Over the next two-and-a-half hours, Cornell thrilled the audience with a relaxed, intimate set comprised of originals from his solo career, an eclectic array of covers including Prince’s “Nothing Compares 2 U”, Led Zeppelin’s “Thank You” (Led Zeppelin II, 1969) and a reworking of Bob Dylan’s 1964 hit “The Times They Are A-Changin” (The Times They Are A-Changin) that Cornell joked he had “ruined by changing some of the lyrics”, to name a few. Mixed in amongst the set were fan favourites from his former bands, with tracks “Like a Stone” (Audioslave, Audioslave 2002), “I Am the Highway” (Audioslave, Audioslave 2002) and “Fell on Black Days” (Soundgarden, Superunknown 1994) among the top crowd pleasers.

The acoustic theatre setting showcased Cornell’s incredible talents; from his adroit guitar playing to his astounding four octave vocal range (a range achieved by singers such as Beyoncé, Freddie Mercury and Jeff Buckley); while his quick wit and jovial personality demonstrated his respect, passion and love of music and performing. Joined sporadically by accomplished arranger, composer and multi-instrumentalist Bryan Gibson on cello and mandolin, Cornell’s set reflected both the artist’s and the audience’s maturity. After a 31 year career as a singer-songwriter, Cornell’s voice seemed not to have aged a day since his first Soundgarden release in 1984, and the audience cheered for every high note and signature Cornell croon he gave.

During “Blow Up the Outside World” (Soundgarden, Down on the Upside 1996), Cornell thrilled the crowd by using a loop pedal to play drums on the body of his guitar over a looped recording of the guitar riff, while singing. His emotional performance of “When I’m Down” (Euphoria Morning, 1999) was accompanied by the original vinyl recording of late Russian musician and former Eleven band member Natasha Shneider on piano who died in 2008 after a long fight with cancer. Cornell told the audience he could only perform the song with this recording, because “no one has ever been able to play it as beautifully as [Shneider]”.

Exciting the audience further, Cornell returned to the stage for a three song encore; including crowd favourite “Like a Stone” (Audioslave, Audioslave 2002), a spontaneous performance of “Josephine” (Higher Truth 2015) after an audience member called out the request, and closed out the performance with the title track of his recent album release Higher Truth (2015).

Chris Cornell’s 2015 acoustic tour is more than a concert; it’s a time machine that takes you back to your youth in the 90’s grunge scene; it’s an evening at a mate’s house listening to him noodle on the guitar; it’s a showcase of musical greatness and accomplishment. As the stage lights dimmed and the house lights came on, a theatre of elated, exhilarated guests left what again, could arguably be called, the greatest Chris Cornell show to date.

For complete tour and ticket information, visit:
www.chriscornell.com or www.livenation.com.au 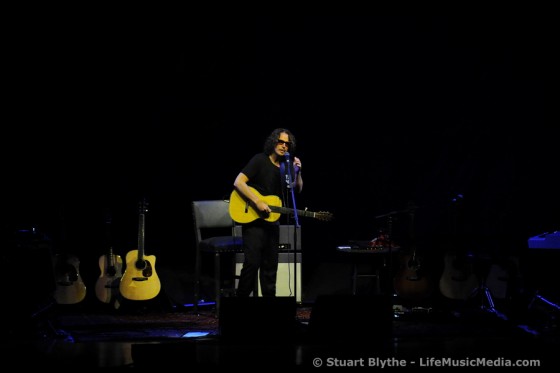 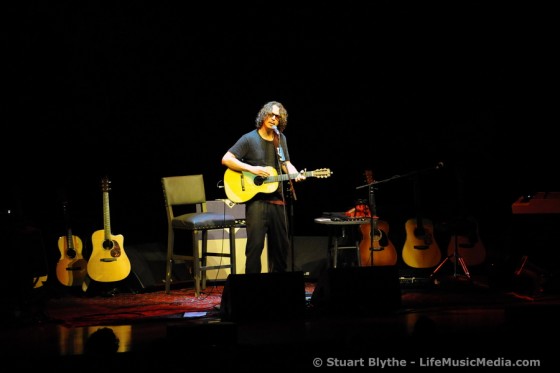 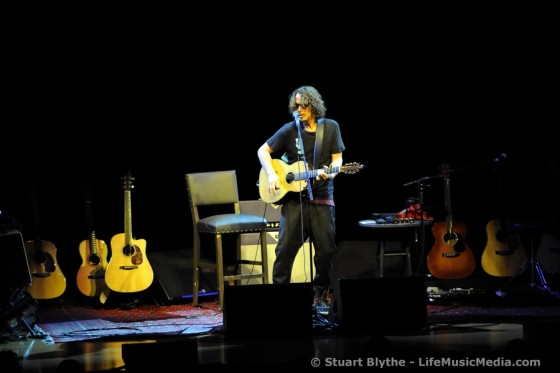 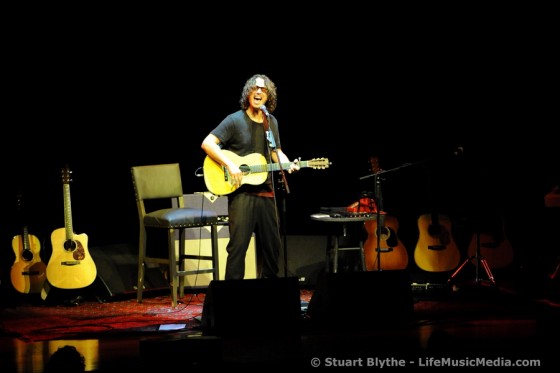