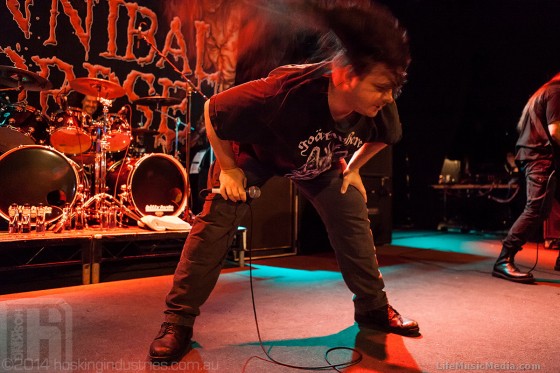 When Cannibal Corpse last played Sydney two years ago at the Manning Bar, punters were left bruised, broken and scarred. If the line up for tonight’s show at the Metro is anything to go by, there’s sure to be a room full of battered corpses by the end of the night.

Italy’s Hour of Penance opened up proceedings with their brand of Behemoth-esque death that had the quickly-filling venue moshing. Having just been to our shores last year in support of Poland’s Behemoth, there were plenty of punters singing along enjoying the unrelenting riffing and punishing blastbeats – occasionally interrupted by crushing mid-tempo numbers like ‘Ascension’. By the time they reach their last track, the middle of the dance floor has opened up into a raging circle pit.

By the time death metal legends Cannibal Corpse take to the stage, the mile-long line at the merch stand had finally dissipated (no doubt impacted by the fact the band were selling its new album at the gig about a month before the official on-sale) and the Metro lost its collective shit all at once. Before he even screams a syllable, George Fisher commands attention with his physical size and steely gaze as the band pummel into the opening notes of ‘Staring Through the Eyes of the Dead’.

The stage is dark and foreboding, lit only with only minimal red down-lights – matching the mood of the horror-themed subject matter. It’s a pain to photograph, but suits the music.

Their extensive set covers plenty of ground and all the classics, wreaking pure sonic mayhem on the full house as the crowd batters itself physically in the rabid pit – bodies falling over the barrier like sweaty, manic mental patients. No one gets close to Cannibal Corpse in this genre and by tonight’s performance, no one ever will. 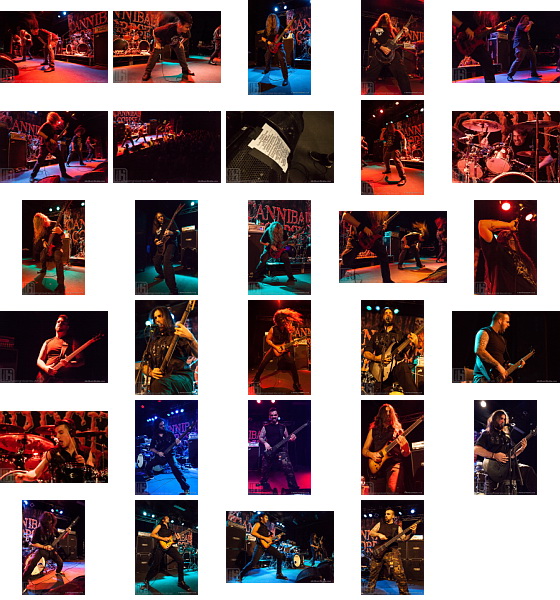