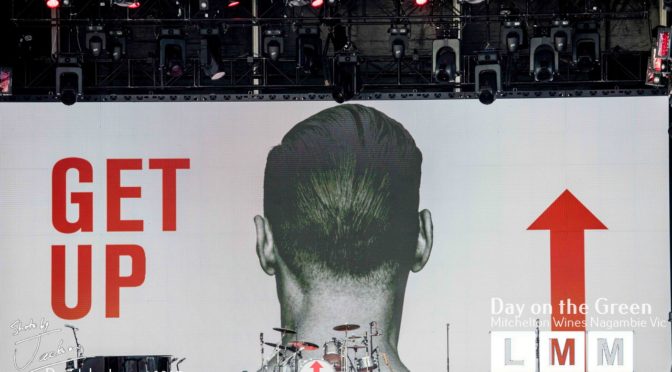 Thirsty Merc started the day with a set that included crowd favourites “Summertime”, “20 Good Reasons” and “Someday, Someday”. Lead singer Rai Thistlethwayte and the boys were in fine form even introducing the Cold Chisel, Phil Small penned hit “My Baby” into their set.

Music royalty in the form of recent ARIA hall of fame inductee Daryl Braithwaite took to the stage with hits flowing from the onset. Now on the later side of 60, Braithwaite remains as popular today as he was playing in Satin with his mates from Shebert in the 70’s. Acknowledging Garth Porter for his writing contribution was a nice touch. In a day where artists truly have no expiry date Braithwaite looks fantastic. We all know the songs “One Summer”, “Howzat”, “You’ve Got The Gun” and of course the Rickie Lee Jones and Walter Becker penned “Horses”. The sing-a-long was loud and proud from the all members of the audience with an extra chorus sing-a-long whilst the singer stood centre stage proud and amazed. Braithwaite remains as humble today as ever.

With the sun beginning to set, Bryan Adams made his way to the stage. Dressed in a tailored suit with hair slicked back, the Canadian crooner took his position centre stage. Opening the set ”Run To You” from the 1984 album Reckless, Adams took his audience on a rollercoaster ride from over 30 years of hits. The back of the stage was lit with photos, video and live photos, fluctuating between colour and black & white. The visual brilliance of the show matched the power of the music, a masterful touch.

Hit after hit, Bryan Adams kept the audience, both young and old, singing and dancing. We all know the hits but this audience knew every song. Throughout the two plus hour set Adams and his team of first class musicians gave the audience exactly what they wanted. “Heaven” and “Summer of 69” were featured early in the set with Adams moving from electric to acoustic guitar easily. The solo acoustic numbers took the audience back to Adams “Bare Bones Tour” of 2011.

“When you gone” the 1998 hit Adams collaborated with Mel C (Spice Girls) sent the audience into a frenzy with even the youngest members knowing the words. It was this modest Grammy Award winners incredible live vocals and stage presence that made these classics even better to sing along to.

Ignoring the cold, and playing an encore including a cover of the 60’s Crickets hit “I Fought The Law” went over like a treat. Finishing the show with solo renditions of “Straight From The Heart” and “All For Love” was the perfect way to calm the evening down and bring it to a close.

Set List
One night love affair, Can't stop this thing we started, Run to you, Go down rockin', Heaven, This time, it's only love, Please stay, Cloud #9, You belong to me, Summer of '69, Here I am (Acoustic), When you're gone (Acoustic), (Everything I do) I do It for you, Back to you, Somebody, Have you ever really loved a woman?, Brand new day, 18 til I die, I'm ready, The only thing that looks good on me Is you, Cuts like a knife

Encore:
Ultimate love, I fought the law (The Crickets cover), Straight from the Heart

All for love (Solo Acoustic) 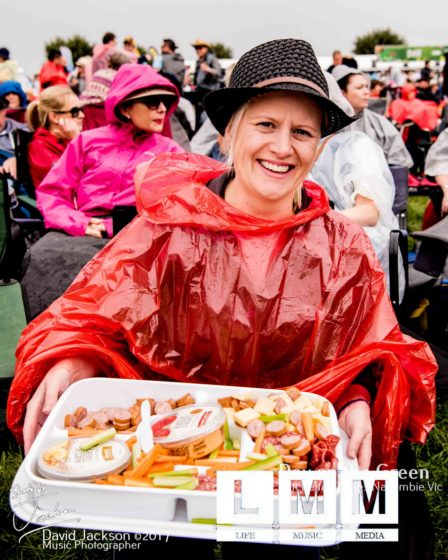