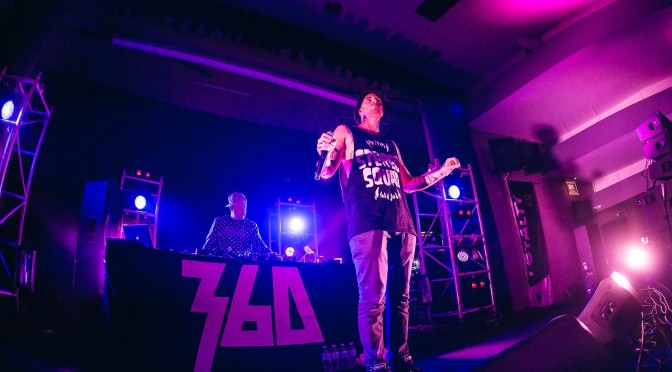 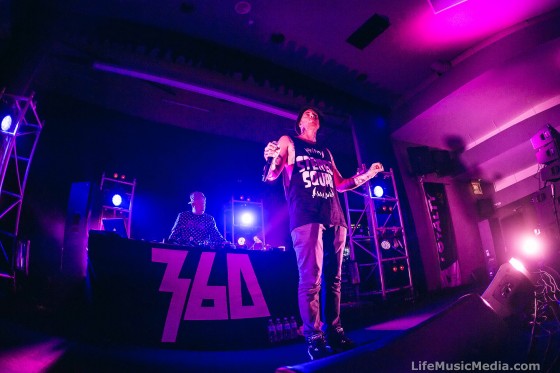 360 took to the stage in Newcastle on Thursday night as part of his rescheduled Retopia tour and the gig more than pleased the packed house.

Bringing two distinctively different support rappers on tour gave the audience an exposure of things to come with these exciting talents on display.

Opening was Kale, a young rapper with attitude, he drew a very positive response from the audience.

Coin Banks took it to another level getting down and personal within the audience itself.

From the moment DJ Mat Cant and 360 entered the stage; the crowd were simply in awe of him.

Opening with ‘Still Rap’, he began the hour-long set that simply cruised at 100 miles an hour.

“I need you to jump around like psychopaths” (with a few swear words thrown in). “Can you sing?” asked the wiry ink laden master to his servants… “well you will have to sing on this next song” as he launched into “Boys like you”, the crowd took the part of Gossling with a chorus of voices accompanying the vocals of the man himself.

As expected 360’s set list predominantly featured his newest album Utopia, and included album favourites “Eddie Jones”‘and “Live It Up”. There was also some rarities with a version of “Shutterbug” being played (this song is featured on his original mixtape).

“Sixavelli” saw the audience get introduced to four future stars and winners of a competition chosen by none other than the man himself. The rookies were well received.

“Price of Fame”, arguably one of his biggest hits, was targeted as his finale. The audience managed through loud persuasion to get “one more” out of the man finishing the night with “Killer” .

360 is certainly on top of his game, an impressive rapper, powerful singing voice and well worth a look.

Set list
Still Wrap, Run Alone, Break The Rules, Boys Like You, Eddie Jones, You & I , Live It Up, Shutterbug, Purple Waterfall, Child, No Matter What I Do, Sixavelli, Price of Fame, Killer 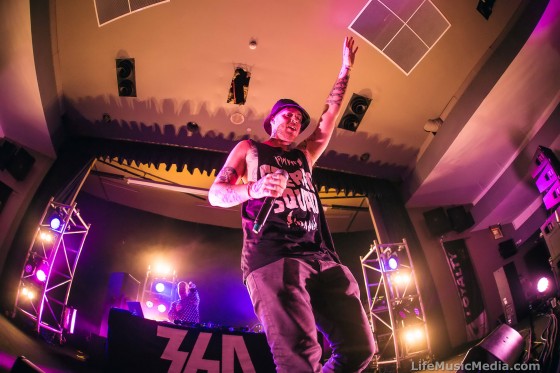