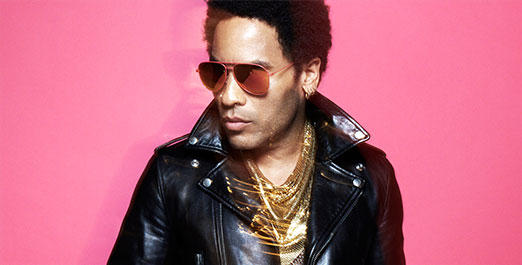 Amassing a huge response from media and fans alike following the announcement that US rock legend, Lenny Kravitz, will appear on the 2015 Bluesfest lineup, Chugg Entertainment can now confirm that the unrivalled rock hero himself will also be appearing at two headline shows in both Sydney & Melbourne.

With a slew of accolades and awards under his belt, having sold nearly forty million albums, it’s fair to say Lenny Kravitz is a bonafide legend and this, a show not to be missed. With his friend and colleague, Trombone Shorty, warming the stage; this stands as just another reason to be there.

Visit http://www.chuggentertainment.com/ for all tour details and tickets 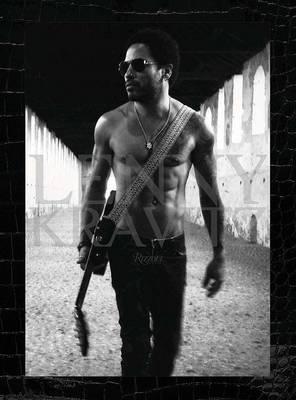 A visual celebration of one of rock’s sexiest, most magnetic stars. Lenny Kravitz is the quintessential rock god: he has musical chops, glamorous style, and sex appeal for miles. Kravitz’s talents as a writer, producer, actor, and multi-instrumentalist are without question: he has won four consecutive Grammy Awards, setting a record for the most wins in the Best Male Rock Vocal Performance category, has sold more than thirty-eight million albums worldwide, and remains always in the public eye by appearing in blockbuster films. Not only is Kravitz a talented musician, he is also a style icon. Lenny Kravitz is a pictorial tribute to one of the sexiest faces in rock and roll.

This book includes photographs spanning Kravitz’s time in the public eye, from his earliest days kicking around in New York City in the 1980s to traveling the world; from shots of Lenny composing in hotel rooms to performing in front of massive crowds; and from fashion shoots to intimate personal settings-and it is easy to see why the camera loves him. This glamorous book showcases images from every top name in fashion and art photography, including Mark Seliger, Patrick Demarchelier, Ellen von Unwerth, Anton Corbijn, Jean Baptiste Mondino, Ricky Powell, Per Gustafson, Bettina Rheims, Matthew Rolston, Roxanne Lowit, Terry Richardson and Mathieu Bitton, to name only a few, and includes a conversation with Pharrell Williams. Lenny Kravitz illustrates the raw sensual power that has captivated his fans all over the world.