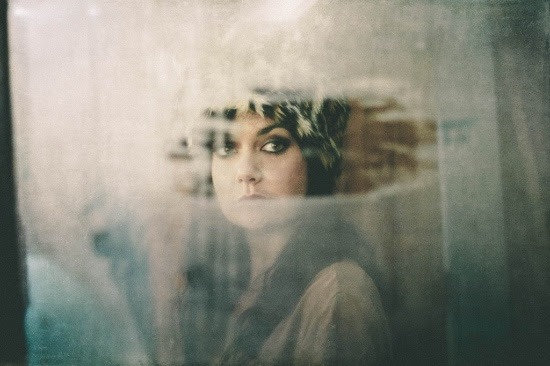 Leah Flanagan offers you ‘Chills’, the first single from the forthcoming album Saudades.

The opening track on the album, ‘Chills’ sets the scene as Leah’s beautifully wry voice contemplates the heartache of being close to someone emotionally distant, feeling the wrongness and loving them anyway.

The culmination of two years’ work, Saudades was recorded live in the studio with Leah’s band and music director/producer Niall Anderson. Majority of the album was made at the studio of Midnight Oil’s Jim Moginie in the Northern Beaches of Sydney, then mixed by Paul McKercher (You Am I, Augie March). Leah’s smokey voice is given full flight with her intuitive backing band driven by the empathic guitar prowess of Adam Pringle, award winning jazz bassist Jonathan Zwartz, Niall Anderson on keys and vibraphone and Miles Thomas on drums.

A songwriter with Venetian, Aboriginal and Irish heritage, Leah Flanagan draws deep from a fascinating historical, geographical and cultural mix. Her incredible journey as an artist is woven with star-studded collaboration with the likes of John Cale, Sinead O’Connor, poet Sam Wagan Watson and France’s Orchestre National de Jazz; a stint in the acclaimed Black Arm Band; duetting with Paul Kelly, taking the stage with Bart Willoughby and Ursula Yovich and recently recording a duet of Archie Roach’s ‘I’ve Lied’ with Marlon Williams.

Raised in Darwin and now calling Sydney home, Leah Flanagan holds a Bachelor of Music from the Elder School of Music in Adelaide where she majored in Classical Voice. Leah’s status as an Indigenous musician is one of pride and respect; she has helped make history with such recent essential albums as Archie Roach’s 25th anniversary reissue of Charcoal Lane and Buried Country 1.5, The Story of Aboriginal Country Music. Now with Saudades she writes an emotional history, one that resonates with her rich musicality; steeped in the complicated romance of deep feelings, wild at heart.

Leah Flanagan sets off on tour through July in support of ‘Chills’, kicking off in Brisbane and running through Melbourne, Hobart, Adelaide, Sydney and Newcastle.