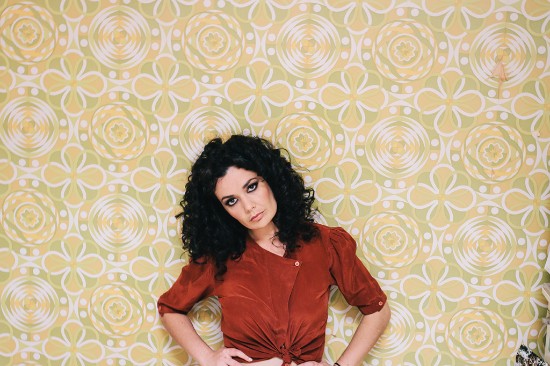 Fresh from the June release and tour for lead single ‘Chills’, Leah Flanagan is about to release Saudades, an album that captures the full repertoire of emotions that we carry into our relationships, romantic and otherwise. Catching the new album on tour over October and November will be an unmissable experience.

Opening track, ‘Chills’ sets the scene as Leah’s beautifully wry voice contemplates the heartache of being close to someone emotionally distant. The binds tighten on ‘Damage’, delving into the damage from the past that holds us back from speaking our truth, while the gently devastating ‘Old Fashioned’ hits at the heart of “the same old mistakes that push us to the break”.

Sashaying from sleek blues to after-dark jazz, Saudades unfolds to drop us into the emotional centre of relationships. Not all the songs are personal; ‘Paper Cranes’ muses on the story of 1000 Paper Cranes, the wish of a young dying Japanese girl after the atomic bomb was dropped in Hiroshima; and ‘A Love Unending’ was inspired from a poem by Bengali poet, Rabindranath Tagore. But they all go to the heart of our relationships to the people we tangle with; and the love that remains.

A songwriter with Venetian, Aboriginal and Irish heritage, Leah draws deep from a fascinating historical, geographical and cultural mix. Her incredible journey as an artist is woven with star-studded collaborations with the likes of John Cale, Sinead O’Connor, poet Sam Wagan-Watson and France’s Orchestre National de Jazz; a stint with the acclaimed Black Arm Band; performing in Clinton Walker’s Buried Country Roadshow; duetting with Paul Kelly, taking the stage with Bart Willoughby and Ursula Yovich and recently recording a duet of Archie Roach’s “I’ve Lied” with Marlon Willliams.

Album of the Week at ABC Newcastle, ABC Wide Bay and ABC Darwin.

WATCH THE FILM CLIP FOR ‘CHILLS’