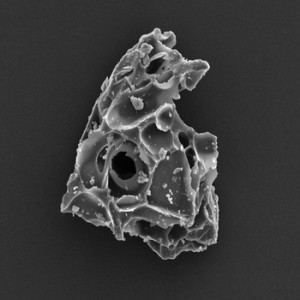 In a day and age where music is being created at such an alarming rate world wide, it is rare to find music of a quality that literally stops you in your tracks. It is even rarer to find said music being created by five humble individuals in your hometown, however, Laura are most certainly doing that at present. While there has been a large amount of outstanding post rock released this year, Twelve Hundred Times will ensure Laura remains in the forefront of people’s minds.

Described by most as an incomprehensible wall of sound, Laura’s moody brand of post-rock is exactly that. Their third album, Twelve Hundred Times, builds on their back catalogue and is essentially a natural progression of the band’s sound. Opener ‘Visitor’ kicks things off in a decidedly mellow fashion, with the band building a beautiful soundscape through the use of strings and keys before a wall of guitars consumes the final minutes of the track. Single ‘This Grey Earth’ follows in a similar way, with whispered vocals adding an extra dimension to the song.

Perhaps most notable on Twelve Hundred Times is the much more liberal use of vocals compared to previous releases, adding yet another layer to the band’s already dense musical landscape. This is most apparent of tracks such as ‘This Grey Earth’ and ‘Visitor.’ ‘Mark the Day’ most certainly shows the best use of vocals, alternating between them and some beautiful cello lines; it results in what is easily the best track on the album. Elsewhere, ‘Stone Speed’ is exactly that – slowly meandering through electronic blips and outstanding string compositions, held together by soaring vocals.

If Twelve Hundred Times has a weakness, it would be that it struggles to hold ones attention for its entire duration. This can mostly be attributed to the high degree of ‘sameness’ to be found throughout the record, in that much of the tracks can meld into each other. However, most post rock fans will have no problem digesting this record, with the cinematic soundscapes on display enough to make this reviewer sit back and think ‘wow’. As is shown on this record, Laura isn’t your every day post rock band. What they do is so much more than that, creating musical soundscapes that are potential soundtracks to every part of life. Twelve Hundred Times sees Laura at their peak.

Amid a plethora of outstanding post-rock records to be released in Australia this year, Laura will still force you to sit up and take notice. While they don’t possess the sleepmakeswaves style uplifting climaxes or the technical wizardry of Tangled Thoughts of Leaving, the song writing present on Twelve Hundred Times will ensure Laura is not forgotten in terms of releases this year. Twelve Hundred Times is a worthy addition to any post-rock fan’s collection, making the perfect soundtrack to a cold, rainy day.