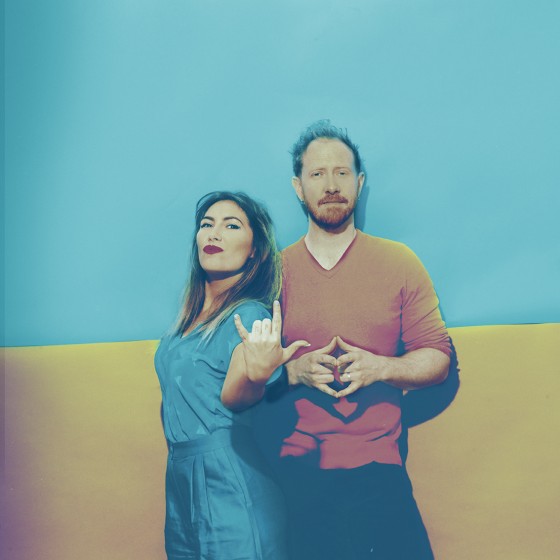 Ella & Jesse Hooper and 123 Agency are thrilled to announce the digital release of the iconic naughties album ‘Reflector‘ by Killing Heidi. Reflector will be available on iTunes and streaming services very soon!

To celebrate 20 years since the band formed, Killing Heidi will be performing exclusive sets of their biggest hits for the first time in 10 years, including headlining the opening night of the 20th Queenscliff Music Festival.

“It’s a celebration not a reformation” says Jesse. “We thought this was a really special opportunity to reflect on that era, as it’s Queenscliff’s 20th anniversary – and we started Killing Heidi 20 years ago too!”

It’s been twenty years since triple j unearthed the Hooper siblings as Killing Heidi with their folk pop song, Kettle. The Australian public embraced the duo who soon became a band, releasing debut album Reflector in March 2000. Singles ‘Mascara’ and ‘Weir’ made Reflector a blow-out success and the album makes up an integral part of Aussie indie music story – one that hasn’t been told digitally until now.

Reflector took out four ARIA awards and reached 4 x platinum status, the album spawned 4 hit singles including the number one single ‘Mascara’ and teen anthem ‘Weir’. Weir placed #2 and Mascara #14 in triple j’s Hottest 100 in 1999. The Hooper siblings won the critically-acclaimed APRA song-writers of the year award for the album. The album launched the band into international markets, and the Hooper siblings followed up with another two top twenty albums and four top-twenty hit singles.

For old and new Killing Heidi fans alike this digital re-release has been a long time coming. “Fans have been asking for years for Reflector online, It’s amazing that generations of people still feel connected to this music, they want to blast it… And now they can! It’s great, it feels like coming full circle.” – Ella Hooper

“We’ve been asked to perform live many times over the years and have always declined. But it just goes to show – never say never. I’m ready to celebrate that amazing time and also to claim that part of my journey as a songwriter. To join such a stellar lineup at this year’s Queenscliff Music Festival is the perfect way to return to the stage for us. There are so many great artists playing this year, we can’t wait! We love Queenscliff Music Festival and usually go with our family, so to be busting out the family band to perform this year is going to be KILLER. What Killing Heidi’s music meant and still means to the people that shared that amazing time with us really blows me away. I meet so many people, especially young women, who tell me how Killing Heidi inspired them to be themselves, back themselves or even start a band, and I’m completely honoured that it had that effect on people.” – Ella Hooper

“I’m really excited to revisit the Killing Heidi days, they were a big part of my youth and I can’t wait to perform these songs live for people who loved them too. We’ll play all our biggest hits from our first singles Weir and Mascara through to our later releases ‘I Am‘ and ‘Calm Down‘ We also have some other exciting things on the horizon so stay tuned for more announcements”. – Jesse Hooper