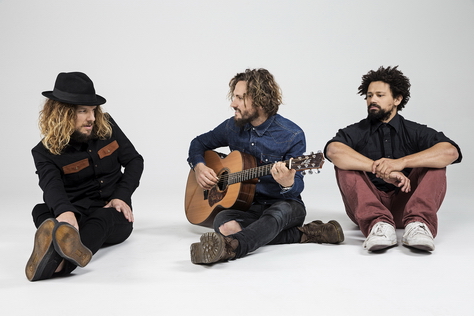 Three of Australia’s most captivating live bands, John Butler Trio, Missy Higgins & The Waifs, will come together exclusively for their Brisbane fans for a unique night of music under the stars. This special concert event will take place in the picturesque surrounds of the Brisbane Riverstage on Sunday January 31st. Tickets are on sale from Ticketmaster.com.au and Oztix.com.au

Each band holds a deep mutual respect for one another and are thrilled to come together to perform on the same stage. It has been over a decade since these three artists have shared a stage together. The last time being 2005’s “Wave Aid” Tsunami Relief concert at the Sydney Cricket Ground which raised millions of dollars for the communities who suffered from the tragic Boxing Day Tsunami event in Asia.

The John Butler Trio has spent 2015 doing exactly what they do best, touring their socks off introducing their current album ‘Flesh + Blood’ to fans around the world. They continue to carve out bigger audiences globally as they perform through a combination of headline shows and festivals including Bonnaroo , Lollapalooza , Rock En Seine and Fuji Rock to name a few. This will be JBT’s first Riverstage performance since their phenomenal show in September 2010 and it will be one of their last for Australian fans before they head back into the studio later in 2016.

Over the last decade Missy Higgins has become one of our most beloved singer/songwriters. In September 2014, she released her fourth studio album ‘OZ’, an eclectic mix of Aussie cover versions also accompanied by a quirky book of related essays. Missy recently announced her first tour since the birth of her beautiful baby boy earlier this year, she will perform a select series of concerts in 2016.

With their superb 7th studio album ‘Beautiful You’ receiving rave reviews, The Waifs recent show at The Triffid sold out. Brisbane fans who missed out get a second chance to witness the magic of Australia’s favourite folk band. ‘Beautiful You’ has been nominated for 3 ARIA Awards including Best Blues and Roots Album. The emotionally raw but musically buoyant album demonstrates the easy chemistry that has bound The Waifs, as well as celebrating the depth of song writing talent they have at their disposal.

Last week both the John Butler Trio and Missy Higgins announced their own standalone shows for Sydney’s Taronga Zoo Twilight series – both shows sold out within minutes. Queenslanders you’d best get your skates on if you want to catch JBT along with Missy Higgins and The Waifs this summer!

Expect nothing short of an incredible experience in central Brisbane as these three artists deliver a most memorable concert event.

Tickets from Ticketmaster .com.au and OzTix.com.au