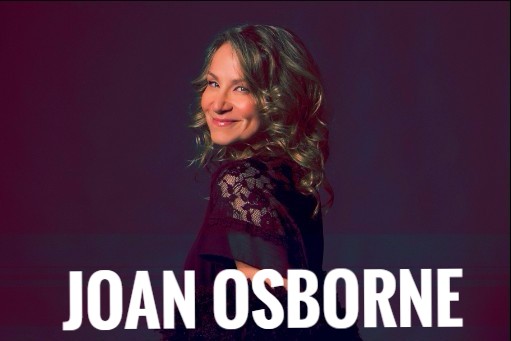 Joan Osborne is a multi-platinum selling recording artist and seven-time Grammy nominee. The soulful vocalist and noted song interpreter is a highly sought after collaborator and guest performer who has performed alongside many notable artists, including Stevie Wonder, Bob Dylan and Patti Smith to name a few.

Counting such legendary artists as Etta James and Ray Charles as influences, Osborne is firmly rooted in R&B and soul, as evidenced by the soul covers she has recorded on her albums How Sweet It Is, Breakfast In Bed and Bring It On Home, which garnered a Best Blues Album nomination at the 2013 Grammy Awards. Of course she is best known for the worldwide hit ‘One of Us’ that was a true anthem of the 90s and still connects with listeners today.

“I’ve put together this Soul Revue, and for these special performances we’re doing a lot of great R&B and soul…Motown music…it’s just a blast to do,” Osborne says of the new show, which includes a set list full of hits, such as ‘Midnight Train To Georgia,’ ‘Ain’t No Sunshine,’ ‘Heat Wave’ and ‘I Don’t Need No Doctor.’ I love this music — it’s just so joyful and so freeing.”