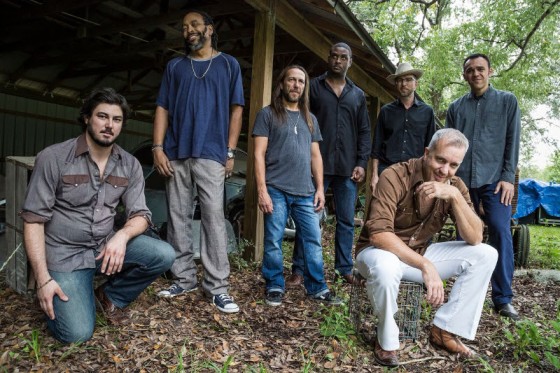 After wowing Australian audiences in April this year at Bluesfest Byron Bay and in Sydney, Bluesfest Touring is bringing back Southern rocker JJ Grey and his band Mofro for a run of festival performances and headline shows this October.

The Great Southern Blues Festival in Narooma, Caloundra Music Festival, Northcote Social Club Melbourne and The Factory Theatre Sydney will be hosting the phenomenal live shows that have gained JJ Grey & Mofro a reputation as one of the best touring artists around.

JJ Grey began touring as Mofro in the late ’90s, with a lyrical directness, and backbeats that crossed Steve Cropper with George Clinton, as his fan base grew from a modest group of loyal initiates into something resembling a national coalition.

He remains an unfettered, blissful performer, singing with a blue-collared spirit over the bone-deep grooves of his compositions.

JJ Grey & Mofro will be treating Australian audiences to tracks from their latest release Ol’ Glory (2015), described by Australian critics as “full of sublime summer goodness” (Renowned For Sound) and “one of the albums of the year” (Music Mainline) as well as songs from their extensive back catalogue.

The Factory, SYDNEY – Thurs 8 October 2015
Purchase tickets through Bluesfest Touring or the venue