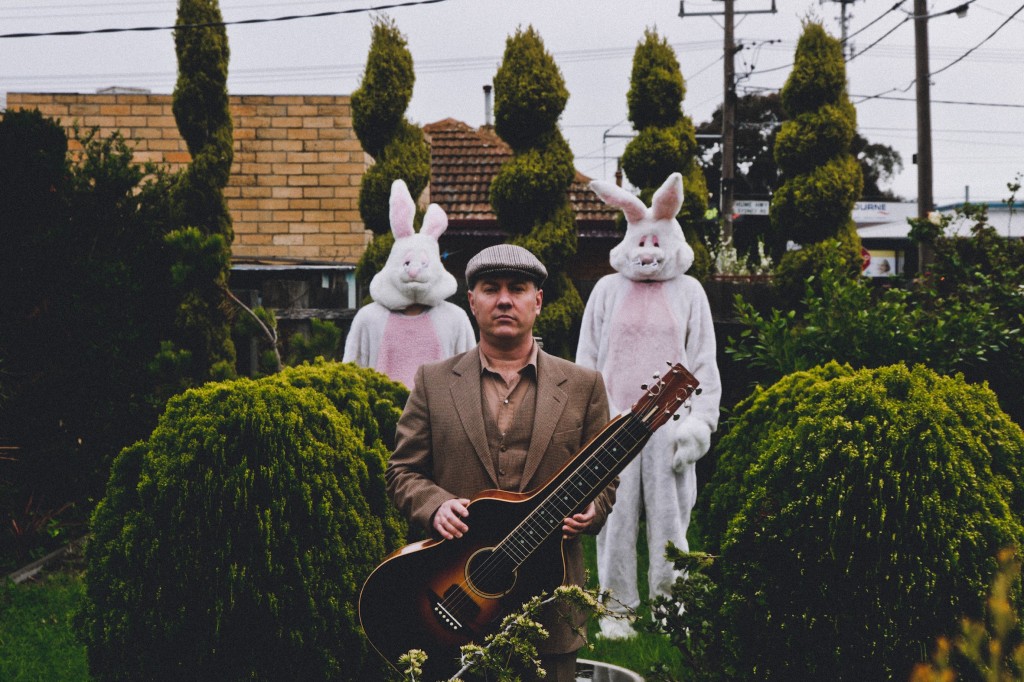 Melbourne based Jeff Lang is known for his unique nature and diverse musical palette, that is shown in his music as a songwriter, a collaborator, a guitar virtuoso and lyricist. Jeff Lang is a storyteller through his music with an ability to leave his song interpretations open to the individual.

With 14 studio albums under his belt, two of which he collected ARIA awards for – “Carried In Mind” won the 2012 ARIA award for “Best Blues & Roots” and Jeff’s world music project Djan Djan won the 2010 ARIA for “Best World Release”, Jeff Lang is a singularly unique performer.

Jeff Lang wanted to do things a little differently for his 15th studio album, I Live In My Head A Lot These Days.

“I had noticed when listening to music on headphones during long- haul plane trips that certain recordings had a depth of field to them that others did not. These were mostly acoustic jazz recordings from the late ’50s and early ’60s. By comparison many recordings sounded like the instruments were plastered around my face.

I started to wonder if there was a way to obtain this perception of space with instrumental combinations that weren’t conducive to recording in the fashion of these jazz albums.

I hit on a process where performances were recorded as I usually would but instead of mixing the album the conventional way (through a mixing board which sums the channels together via the master bus fader of the desk), I ran every instruments’ recorded track back through a monitor speaker each (or in the case of the drum kit, three speakers to replicate the physical size of a kit in a room). These speakers were then arranged around a stereo microphone like they were the players on an early stereo jazz session.

The intention with this process was to have the mixes obtain a perception of depth of field with some instruments sounding palpably further away than others. And it worked.”

Jeff is now excited for the next chapter of his for musical journey and will hit the road this June and July playing tracks off the new album.