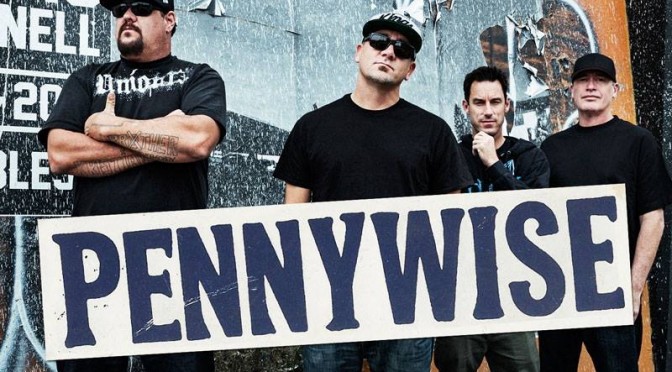 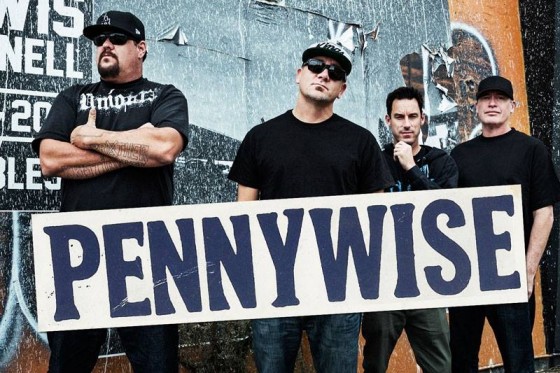 Pennywise have hit our shores and are embarking on their ‘About Time’ 20th Anniversary Australian Tour. We caught up with Pennywise bass guitarist Randy Bradbury for a chat.

You’re heading to Australia in September 2015. For the uninitiated, what can punters expect from your live shows?

Your last tour here was in 2014 with Soundwave Festival. How was that experience?

Sound wave was awesome. Great people running it and great bands on the bill. So many bros backstage partying. Sound wave is a total broverload.

Your latest album, 2014’s ‘Yesterdays’ has been well received. How was the recording process and having Jim Lindberg back on deck again?

It was great to have Jim back. It was one of the smoothest recording processes we’ve been through. That’s not saying much though because there’s usually a lot of tension in the studio when we record because we are all so opinionated. But we wanted to try and avoid that this time. With jim back in the band we just want to try and focus on the positives of the band and have a good time.

What are your thoughts on how the public buy your music these days, digital vs physical (Vinyl/Tape/CD)?

I miss the experience of going into a music store and buying the physical album or cd and then having something to look at and read when you first put on the album. That was special…. But that’s in the past. People buy there music on the internet now. That’s just the way it is. Nothing to do except embrace it.

With such a long period of the bands existence, you have an extensive catalog to draw from. Is it hard these days coming up with a set list?

We have our favorites and there’s fan favorites that we know the crowd wants to hear. The hardest thing for us is trying to bring in some of the more obscure songs into the set.

What influences your music these days?

For me writing music is more of an outlet than actually being influenced by anything. Obviously in the early days I was influenced by the music I loved, but now it’s like vomit, it just needs to get out.

What does the band have planned for the rest of the year after your Australian tour dates finishes up?

We have a big show in California with all the early warped tour bands, NOFX, Rancid, Bad Religion, Face to Face, etc. Looking forward to that. Then we have a South American tour.