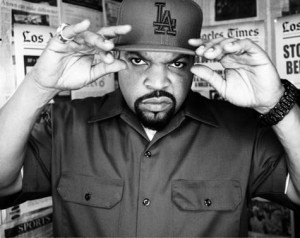 Metropolis Touring and Select Touring are pleased to announce that Ice Cube will be extending his Australian tour by adding additional shows in Sydney and Melbourne!! Wednesday 3rd December will see a second and final show at the Enmore Theatre in Sydney. The third and final Melbourne show will be an intimate club performance at 170 Russell on Sunday 7th December – capacity is strictly limited to only 1,000 tickets. Tickets for both shows go on sale 9am this Friday 24th October.

Going off his past Australian performances, fans can expect an explosive show packed with the iconic and timeless rhymes such as Check Yo’ Self, It Was A Good Day, You Can Do It, Go To Church, Hello, Smoke Some Weed, Gangsta Rap Made Me Do It and NWA’s Fuck Tha Police and Straight Outta Compton as well as some fresh tracks from his new album Everything’s Corrupt.

Having leaped the boundaries of the rap / hip hop world, he is known as one of the most influential and important figures in the entertainment business today. From his time as one of the driving forces behind the infamous and iconic group N.W.A, to his successful solo career and his ventures into film and television, it’s safe to say he has been there and done it all.

Possessing a brutally honest attack bolstered with proficient and violent lyrics, Ice Cube has forged a legacy spanning 25+ years. With millions of platinum and gold album sales worldwide, he has also collaborated with some of Rap and Hip Hop royalty such as Public Enemy, Dr Dre, Snoop Dogg, Eminem and Ice-T among others. And then there is his film career as a producer, actor and director of such films as Boyz In The Hood, the Friday series, Barbershop and more recently Ride Along and the Jump Street series.

The game changes and rappers come and go, but one man has remained constant – HIP HOP LEGEND aka the Don Mega – ICE CUBE!!!!