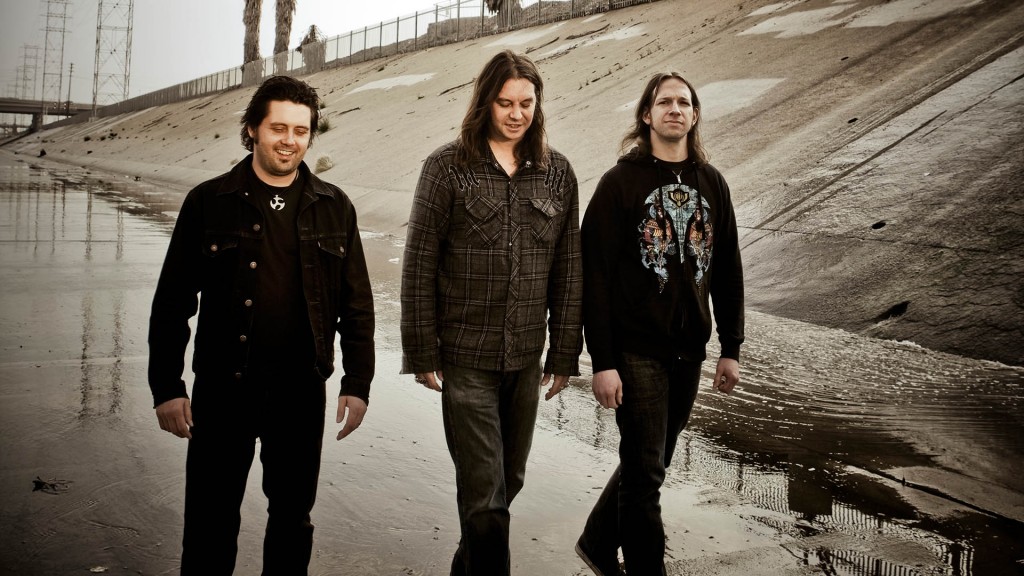 Life is noise is pleased to announce the support acts for High On Fire’s upcoming Australian tour in July.

For the first Brisbane show on July 16 at Crowbar, prepare for the bluesy stoner jams of riff enthusiasts SHELLFIN who’ll be taking a break from the studio to once again provide support for High on Fire. Joining them will be the mighty SMOKE: part Sabbath, part Hendrix, all killer, all the time.

For the second Brisbane show on July 17 at Crowbar, support comes from the stoner rhythms of LIZZARD WIZZARD – the soundtrack to a nervous breakdown in slow motion. But first: dig on the apocalyptic fuzz of doom lords, ZODIAC.

In Perth on July 18 at Rosemount Hotel, guests include the west’s best purveyors of all things heavy – doom bluesmen, THE DEVIL RIDES OUT. The raucous and energetic gentlemen of SCALPHUNTER will join them, fresh off their music video launch for the track ‘There Will Be Change’.

In Melbourne on July 19 at The Hi-Fi, bear witness to one of most confronting and intense bands in the country: the unrelenting, unapologetic and unforgettable HIGH TENSION. They’ll share the stage with the pummelling brilliance of HORSEHUNTER – your new favourite band.

Canberra natives, I EXIST, will join High On Fire in Sydney on July 20 at The Factory Theatre – their recently released third record ‘From Darkness’ has all the subtlety of a kick in pants. They’ll share the stage with Sydney-siders GVRLLS, whose schizophrenic, sludge-laden metal is the kind of music your mother warned you about.

life is noise have announced the return of High On Fire to Australia for a series of shows in Brisbane, Perth, Melbourne and Sydney this July.

Formed in 1998 after the dissolution of stoner metal pioneers Sleep, High On Fire took the sludgy foundations of their predecessors and fused them with the velocity and ruthless aggression of thrash metal. The result is the most cathartic and thunderous sound you’ll ever hear from a power trio.

Over the course of 16 years and six albums, High On Fire have dedicated themselves to the Black Sabbath tradition of the riff, writing music that’s as intricate and deliberate as it is outright brutal. Coupled with a meticulous attention to detail and a straight-forward approach to their music, High On Fire are the kind of band you’ll still be talking about in 20 years time, listening to old records and repeating, “how fucking good were they?”

The Bay Area trio rage like the orc warlords of the heavy metal underground. – Alternative Press

Even more renowned for their live shows than their six studio records, High on Fire are a revelation in the flesh, earning mountains of praise from critics and musicians alike. From Matt Pike’s blistering guitar solos to the pummeling rhythms of bassist Jeff Matz and drummer Des Kensel, the trio play with unrivaled intensity and the subtlety of a blow to the skull.

Simple fact: You should see High On Fire live.– Pitchfork

Tickets available from lifeisnoise.com, oztix and the venues. 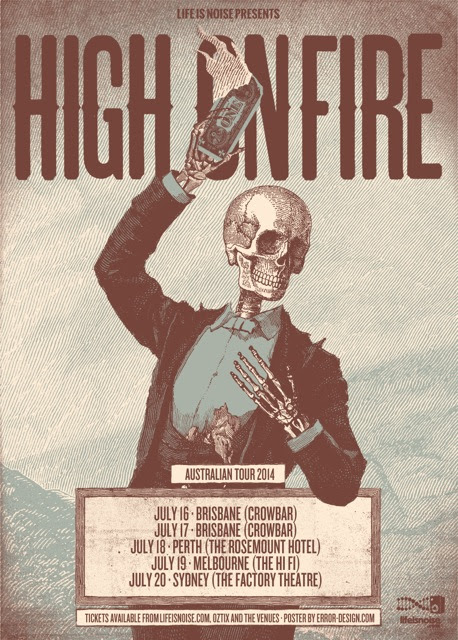