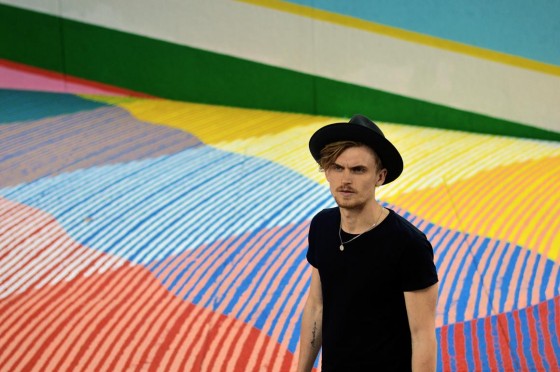 After recently unveiling first cut ‘Flowers (The Retaliation)’ from an exciting project due in late 2016, Sydney-based indie-rock singer / songwriter, Harry Heart, has just revealed the second instalment in the brand new single ‘Baby Calm Down’.

Recorded at Sydney’s REC Studios, ‘Baby Calm Down’ pays homage to late 90’s and early 2000’s indie-rock nostalgia, taking cues from the likes of Bloc Party, The Arctic Monkeys and Death Cab For Cutie, whilst blending more modern sounds likened to The Trouble In Templeton and Local Natives.

Heart describes the creative process behind the track –

“Baby Calm Down is really a track about frustration. About being a twenty-something year old male in a world of Mark Zuckerberg’s and Justin Bieber’s, where everyone’s a bloody rock star- no one cares about the lovers and thinkers of the world. Emotions are discouraged and abrasiveness championed. Baby Calm Down is about taking that frustration out on those you love. It was one of those songs where I had about six verses and had to choose the best ones – I had a lot to say.”

In the coming weeks Heart will also be revealing an accompanying music video.

Listen to ‘Baby Calm Down‘ here: