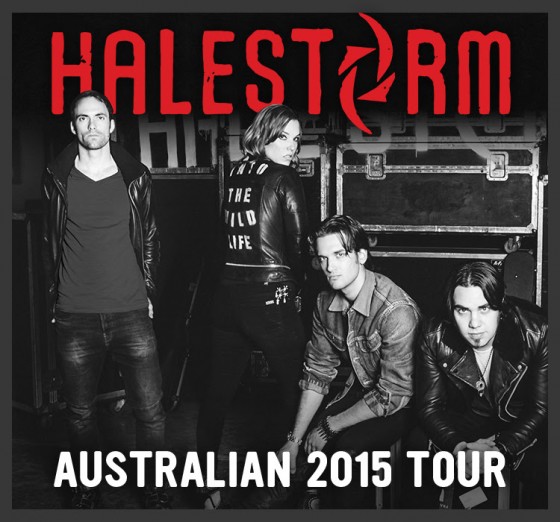 In celebration of their third studio album, Into The Wild Life, Halestorm will take their electrifying live show on an extensive summer tour this December including Newcastle and Canberra shows.

Pennsylvania-natives Halestorm have left an indelible impression on the hard rock landscape since the release of their 2009 debut self-titled album. Bringing life to a genre engulfed in testosterone and cliché, the band immediately established itself as an outfit ready to trade tired tropes for a wholly individual sound.

2012 follow up The Strange Case Of…, features the single ‘Love Bites (So Do I)’ for which they earned their first Grammy Award for Best Hard Rock/Metal Performance.

Debuting at #1 on both US and UK Rock charts in April this year, Halestorm’s most recent offering, Into The Wild Life (out now through Warner Music Australia) stands as another enormous leap forward for the band. Driven by soaring riffs and the singular presence of lead vocalist and guitarist Lzzy Hale, the album was met with broad critical acclaim; touted as an unrepentant triumph the world over.

Don’t miss your chance to take in Halestorm: a visceral and unabashedly fun experience.