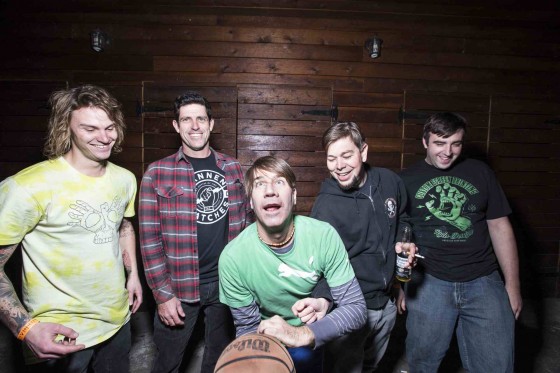 In what has come as a shock (or maybe not because really, what else were they going to do), Californian punk rockers Guttermouth have announced a return to Australia in April and are hinting at releasing new material that will be exclusive to the tour.

2 years ago, the band announced that they would be touring down under for the very last time and put on some really shitty inebriated performances to mostly disappointed fans.

In the 2 years that have past, front man, Mark Adkins, found himself at the lowest point of his life in Mexico.

Homeless, begging on the streets of Tijuana and eventually winding up in jail, Adkins had to borrow a few pesos off a corrupt cop to call drummer Alex Flamsteed who at the time was touring with Bam Magera’s Fuckface Unstoppable to bail him out.

It was at this point with the help of Flamsteed, Adkins knew deep down that he needed to get his shit together and clean his life up.

Fast-forward to February 2015 and the legendary front man couldn’t be happier, and has gone back to doing what he loves most; belting out punk rock anthems and touring. 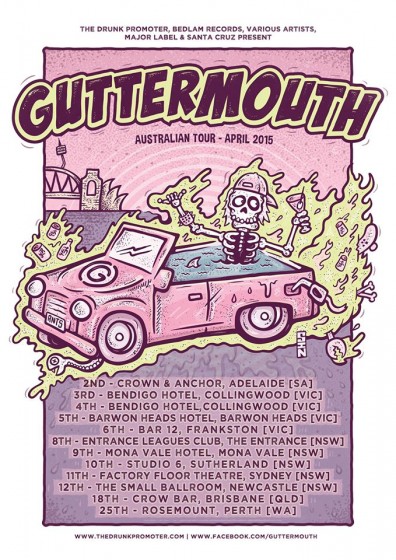