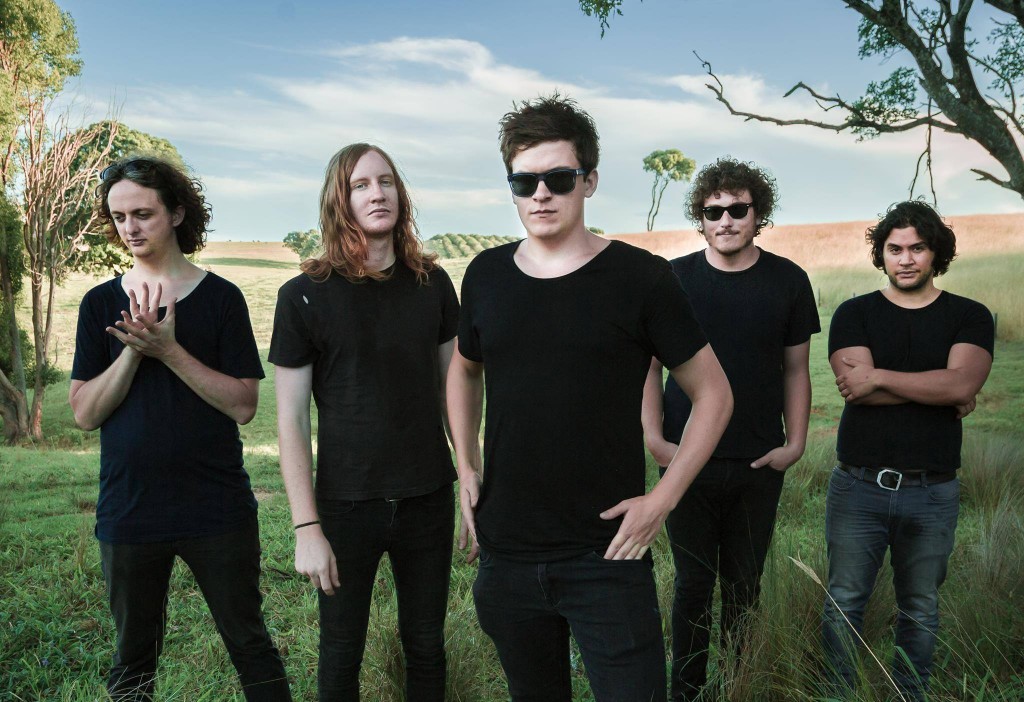 Guards of May‘s track Arcadia was released in March to an amazing response online, on air and on the live stage. It is high time that the stunning film clip for the blistering track sees the light of day!

The quintet from Brisbane have a slew of shows remaining on their tour, and they are releasing the clip to celebrate. It’s been a busy and productive period for the five-piece – on top of the release, the tour and the film clip, they recently signed to Brisbane bookers, Underscore Agency! (http://www.underscoreagency.com.au)

Arcadia surpassed all expectations, with Guards of May making their way down the East Coast of Australia throughout April and the track seeing solid play and accolades on triple j’s The Racket and Home and Hosed, as well as Triple M’s Distortion show, AndrewHaugRadio’s Heavy at Home and The Aussie Alternative, just to name a few. Overwhelmingly positive reviews flowed in, with Heavy and Weird Blog stating “[Arcadia]…excites me because it previews a band who may just be working on a new modern Australian prog rock/metal masterpiece.”

The filmclip sees the Guards of May boys as invisible presences in the lives of two lovers who argue and fight through the course of the narrative. They appear on television screens and in their houses as the characters pass by them unknowingly. The filmclip was shot on a secluded property in Northern NSW in March this year, with members of Spirelight Entertainment, the team they collaborated with on their “Control” filmclip. Ex-drummer and good friend Nick Bedford directed photography. Jimmy Harden, Bass Player for Guards of May, said that this was the biggest artistic effort that the band had made thus far. “It’s taken longer than expected and we learned a lot, but it’s worth it. This filmclip is just awesome. We are very proud of it, as we are with the song!”

Guitarist Damo Salomon is excited at the prospect of the remaining shows on the tour as well. “The shows so far have been out of this world, we’ve been amazed at the response from people at the shows. The first leg of the tour was mindblowing, but we have been looking forward to this leg so much. Shows with Dead Letter Circus and Like Thieves AND with King of the North and Ezekiel Ox – who could ask for more as a rock muso in this country?”

Guards of May are: Richo Harvey – Vocals, James Harden – Bass Guitar, Levi Russell – Drums, Damien Salomon – Guitar and Keita Neralic – Guitar – and they have shared the stage with some of the cream of Australian rock; Dead Letter Circus, Grinspoon, Spiderbait, Breaking Orbit, Sydonia, Helm, Electric Horse and Strangers in venues all over the country.

Arcadia was released Friday March 28 digitally in all good online music stores and ticket information for the remaining dates tour can be found at http://www.guardsofmay.com. 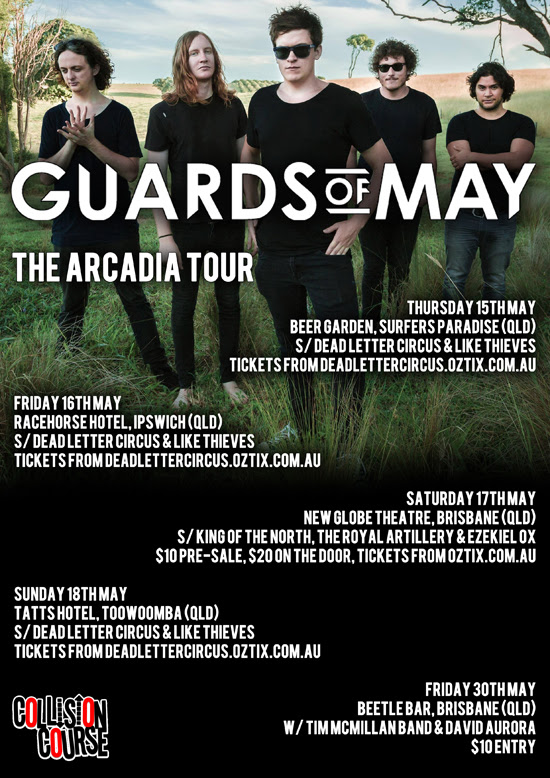