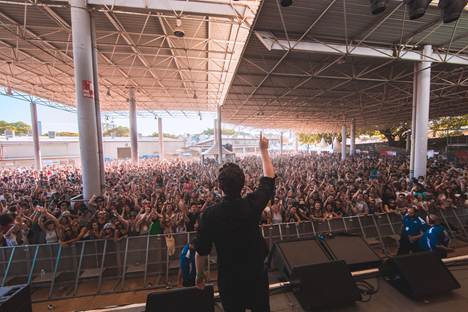 Sydney’s masked producer Golden Features has announced his debut headline tour for late 2014. Spanning three countries over November and December this year, these shows will reveal a new dimension to Golden Features’ signature brand of dark, cajoling electronica; an incendiary visual showpiece which joins the dots between his aesthetic and identity as a musician, performer and visual artist.

Golden Features’ self-titled debut EP is an exploration of contrasting sounds and drenching moody bass with glittering, ethereal hooks. Originally released as a free download in early 2014, the EP was re-released by Parlophone in March in Australia and by Warner Brothers in September in the US.

The Golden Features EP has already clocked up almost 450K plays on Soundcloud, 300K streams on Spotify and is sitting at #4 in the Top 10 electronic albums on iTunes in Australia.

With single Tell Me on rotation on triple j and a high-profile remix of The Presets single No Fun capturing the blogosphere, it’s no surprise that Golden Features was nominated as the Best Breakthrough Producer of the year at the InTheMix Awards alongside What So Not, Rufus, Motez, M4sonic and Wave Racer.

Golden Features’ debut headline tour will put the final brushstrokes on the digital artwork he has created and give people the opportunity to absorb exclusive new material from his follow-up EP in a live setting.

Catch Golden Features at the following dates and venues: 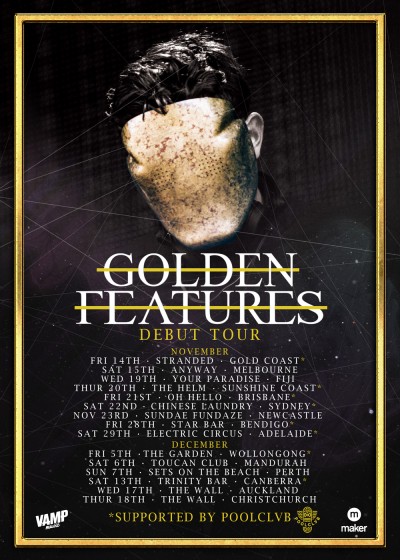