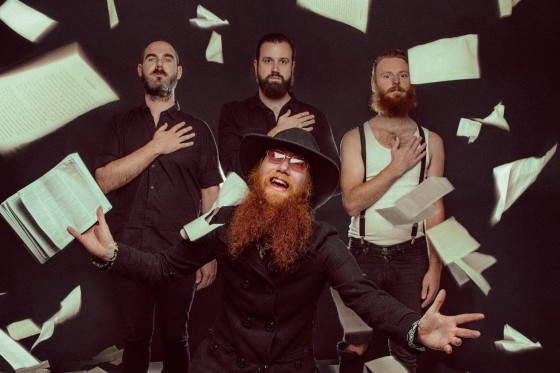 THE SACKCLOTH SAINT OF THE CORNFIELD First single from Gay Paris‘ forthcoming album – “Ladies and Gentlemen, May We Present To You: The Dark Arts”

Gay Paris is a primitive beast, sleeping in a cave, chewing bones and growling out its dreams. Soon, it will sleep no more, called by the sound of Ember Season and the sound of Saints dancing in cornfields. One must admit – Gay Paris earned its rest the hard way.

Birthed in 2009 from the corpse of something that kicked and screamed until it died, this monster entered the world running with wolves and howling in the hills, spending its time loping about the dimmest haunts of the Australian music scene. This brute was supposed to be beautiful – but with such terrible tales and a voice like tectonic shifts – heavy, rough – things could only ever have turned out to be ugly. Gay Paris’ first record The Skeleton’s Problematic Granddaughter and ensuing touring schedule took this truculent sound to the people, heaping scorn on those who remained in the back row, celebrating the carnal, asking for everything.

2013’s The Last Good Party took this formless celebration and gave it shape – meaning, something to hold on to while one flailed about in the dark. Fans loved it, critics heaped praise on the more cohesive sound, likening the band to Clutch, Kyuss and QOTSA – more nervous individuals noted that the band was ‘hipster cunts trying to be metal’. On tour, Gay Paris attended to every State and Territory – often giving multiple satisfactions. The party could not stop – because everyone knows that animals cannot lie. This was indeed to be the last good party.

Now, with a new record on the way, Gay Paris is shaking of the dust of sleep, feeling its muscles flex and hunger grow and there will be nothing good to come of this; newly aligned to the ‘Dark Arts’, the band is ready to put the sex back into Satan. Album number three’s first single, The Sackcloth Saint of the Cornfield sees the return of the band’s signature sounds: pounding, sensual rhythms, soul stealing guitar solos and of course, that terrible, terrible voice. The initiated may note some differences, however; the sleep of beasts has made Gay Paris leaner, more grimly focused on eking out every possible moment of satisfaction – there is joy and genius waiting in the dark.

Step into the cornfield and try to keep up.

Check them out live: Special Guests on the sleepmakeswaves tour

Click here for our photos
Gay Paris at The Brightside, Brisbane – December 12, 2014 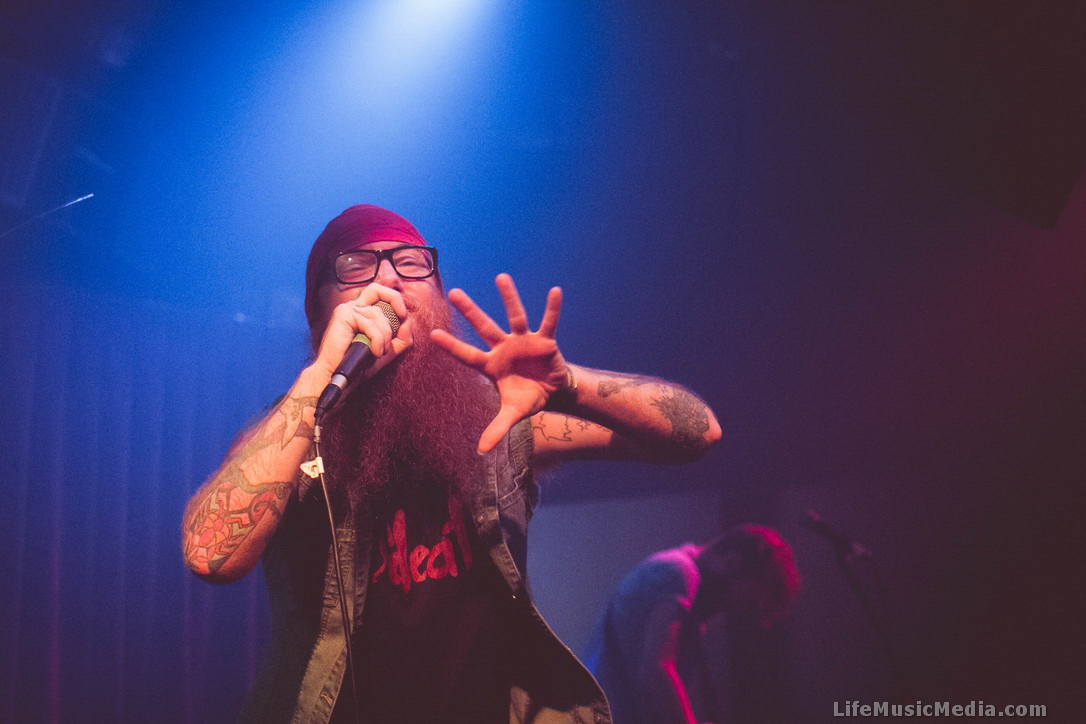