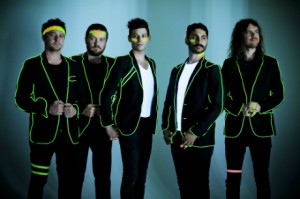 Wollongong: take your music seriously? Wondering how the big guns do it? MusicNSW, in conjunction with Are You Serious?, go behind-the-scenes in a free workshop this April, talking shop with the frontmen of two of Australia’s best-loved outfits.

“Call My Agent: A Music Bootcamp” will take place at 6.30pm on Wednesday 10 April, at Wollongong venue Yours & Owls.

Stav Yiannoukas (Bluejuice)
One of the nation’s most popular live acts, Bluejuice have released three albums to date, the most recent being 2011’s Company. When he’s not playing major festivals across Oz you can catch Stav on air with triple j, finishing up his iPad book for kids, or even doing voiceovers. “Bluejuice blast past ironic self-awareness and wind up back at a place of purity,” says thevine.com.au of tracks like hit single “Can’t Keep Up”, “as if making music for the very first time.”

With four records under their belt including 2012’s celebrated Lake Air, Sydney five-piece Dappled Cities have landed ARIA nominations thanks to tracks like “The Price”. They recently wowed Sydney Festival with a special ‘baroque’ performance too. Singer/guitarist Dave Rennick knows his stuff: according to The Australian, “Lake Air is one of the best albums you’ll hear all year. At its heart a stunning set of songs; it’s the sound of a band at the peak of its creative powers.”

• When is an artist ready for management? When to go DIY-style

• How should you approach an agent?

• The nitty gritty: agreements, who pays the bills + more

PLUS THERE’S A FREE GIG TOO!

The workshop will be followed by a free set from Sydney trio The Dead Love, supported by ace locals Curios Temple and dirty rockers Death Mechanics. Come down to get some tips and stick around for killer tunes!

WHEN: 6.30pm, Wednesday 10 April
WHERE: Yours and Owls, Wollongong
HOW MUCH: FREE! Just RSVP to samantha@musicnsw.com 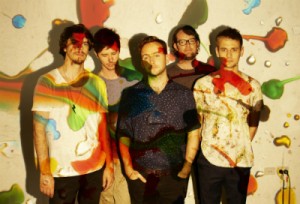