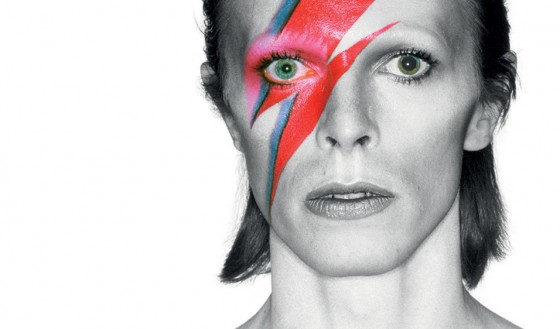 The Australian Centre for the Moving Image (ACMI) today launched the critically acclaimed exhibition celebrating one of the most influential artists in music, film and video, fashion and performance. David Bowie is comes to ACMI from London’s Victoria and Albert Museum (V&A) for a strictly limited season from 16 July 2015 as part of the Victorian Government’s Melbourne Winter Masterpieces series.

Seen by over 1 million people worldwide at sell-out shows in London, Chicago, Sao Paolo, Paris, and Berlin, David Bowie is was conceived by the prestigious V&A in London, where it premiered in March 2013 before quickly becoming V&A’s fastest selling show. This once-in-a-lifetime experience, now in its only Australasian season, is set to take Melbourne by storm.

ACMI Director & CEO, Katrina Sedgwick, says the groundbreaking exhibition is testament to Bowie’s profound and everlasting impact as a true pioneer in music, fashion and culture. “We are thrilled to be hosting the Australian incarnation of David Bowie is… It is an exhibition that not only illuminates the extraordinary breadth of Bowie’s creative genius and his enormous impact over the decades – but it is also a beautifully curated and staged experience that will delight the many thousands of people who will see it in the coming weeks and months.”

The V&A’s curators, Victoria Broackes and Geoffrey Marsh, from the Museum’s Department of Theatre and Performance, selected more than 300 objects and films for the show. Of the exhibition they said; “We are absolutely delighted to see David Bowie is travel to ACMI. Bowie himself has a long-standing relationship with Australia, including creating the music videos for Let’s Dance and China Girl there. We hope that the exhibition meets the expectations of his extensive Australian fan base.”

The exhibition offers insight into Bowie’s early years and his first steps musical greatness. The creative aspiration of the young David Robert Jones are showcased by early photographs and Bowie’s sketches for stage sets and costumes created for his bands The Kon-rads and The Delta Lemons in the 1960s.

Bowie’s first major hit Space Oddity (1969) and the introduction of the fictional character Major Tom inspired by Stanley Kubrick’s 1968 film 2001: A Space Odyssey granted him critical and commercial success as an established solo artist. His cinematic influences abound with his elaborate storyboards and set design for the Diamond Dogs tour (1974) inspired by Fritz Lang’s film Metropolis (1927).

Excerpts and props from Bowie’s on-screen performance in films including The Man Who Fell to Earth (1976), Labyrinth (1986), Basquiat (1996) and The Prestige (2006) show how Bowie has continually explored different notions of character and drawn together the numerous cultural influences that feed into his work. On display is the original multi-coloured suit worn for the pivotal performance of Starman on Top of the Pops in July 1972. 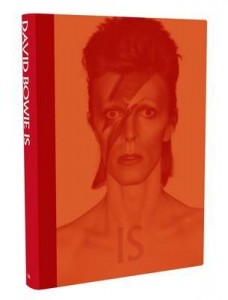 An interactive audio-visual display presents some of Bowie’s most ambitious music videos including DJ (1979) and The Hearts Filthy Lesson (1995). Immersive, large-scale projections show recently uncovered footage of Bowie performing Jean Genie on Top of the Pops in 1973 and excerpts from D.A. Pennebaker’s film Ziggy Stardust and the Spiders from Mars: The Motion Picture (1973).

Bowie’s collaborations with artists and designers in the fields of fashion, sound, graphics, theatre, art and film are explored throughout the exhibition. On display are more than 50 stage costumes including Ziggy Stardust bodysuits (1972) designed by Freddie Burretti, Kansai Yamamoto’s flamboyant creations for the Aladdin Sane tour (1973), and the Union Jack coat designed by Bowie and Alexander McQueen for the Earthling album cover (1997).

An area has been dedicated to the monochrome theatricality of Bowie’s Berlin period and the creation of the Thin White Duke persona identified with the Station to Station album and tour (1976). It also investigates the series of experimental records he produced between 1977 and 1979 whilst living in Germany, known as the Berlin Trilogy.

More personal items such as never-before-seen storyboards, handwritten set lists and lyrics are also featured in the exhibition as well as some of Bowie’s own sketches, musical scores and diary entries, revealing the evolution of his creative ideas.

ACMI is the exclusive Australasian venue for a strictly limited season of David Bowie is. The ACMI season includes a curated program of talks and special events, late night programs, film screenings and live performances.

The exclusive Australasian season of David Bowie is opens at ACMI for a strictly limited season on 16 July 2015 as part of the Victorian Government’s prestigious Melbourne Winter Masterpieces series.

Admissions to this exhibition are strictly capped at 200 visitors per hour; advance bookings are highly recommended. For tickets and information visit acmi.net.au/bowie

Below photos by Mark Gambino 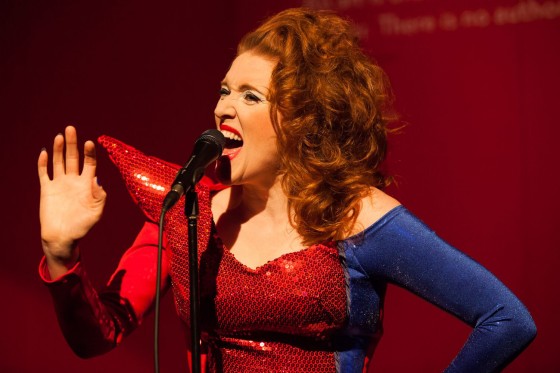 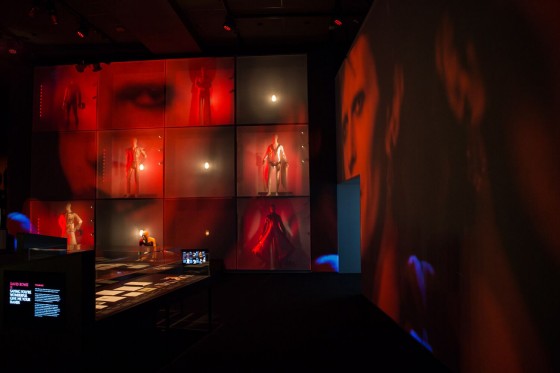 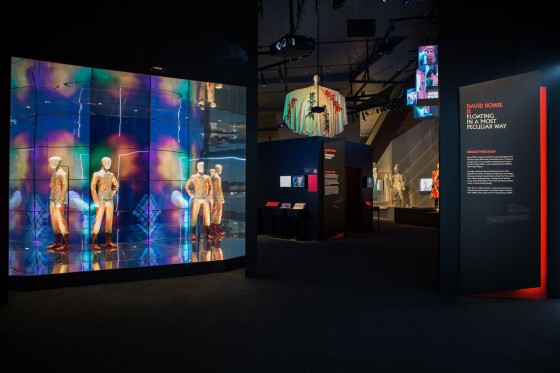 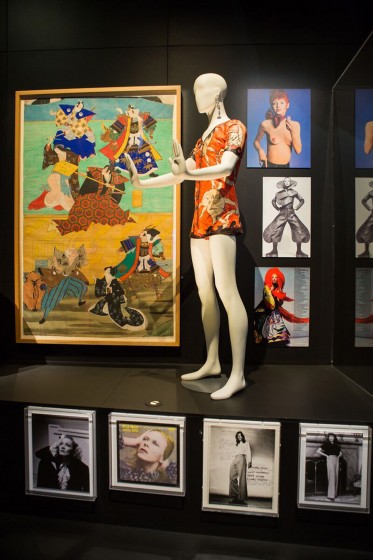 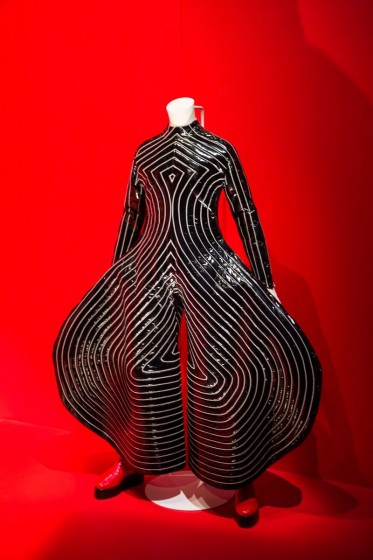 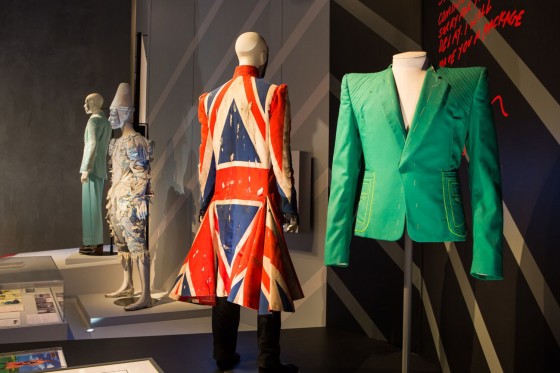 About the Australian Centre for the Moving Image (ACMI)

A globally unique cultural institution, ACMI presents and champions the art and culture of the moving image. Through a vibrant annual calendar of award-winning exhibitions, screenings, film festivals, live events, creative workshops, education programs and Collection resources, ACMI provides a wide diversity of audiences with an unsurpassed range of ways to engage with the moving image. As one of Victoria’s major cultural, tourism and learning attractions, and a national centre of screen culture debate and innovation, ACMI has an international reputation as one of the world’s leading moving image centres. For more information visit acmi.net.au

About the Victoria and Albert Museum (V&A)

The V&A is the world’s leading museum of art and design with collections unrivalled in their scope and diversity. It was established to make works of art available to all and to inspire British designers and manufacturers. Today, the V&A’s collections, which span over 2000 years of human creativity in virtually every medium and from many parts of the world, continue to intrigue, inspire and inform. For more information visit vam.ac.uk