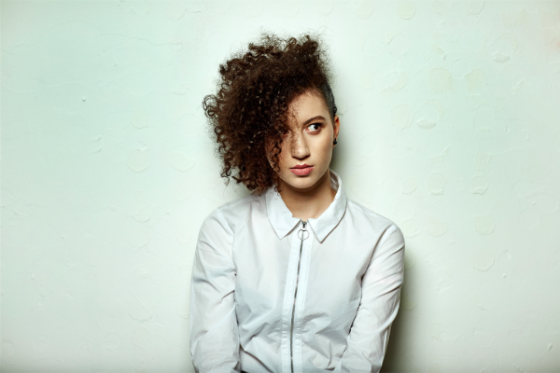 E^ST is excited to share her new single ‘Get Money!’

‘Get Money!’ is the first taste of an upcoming EP of the same name, set for release July 1 and available for preorder now. The upbeat title track takes E^ST’s trademark vocals over pulsing rhythms into a soaring chorus, and features the Hannah Montana of the rap game, Brisbane’s Mallrat.

E^ST (a.k.a Central Coast teenager Mel Bester) first turned heads with her debut EP ‘Old Age’, which triple j’s Dom Alessio called ‘one of my favourite discoveries from triple j Unearthed last year’. Her prominence rose in 2015 with the release of ‘The Alley’ EP, which saw the lead single spending several weeks at the top of triple j’s Hitlist and resulted in show opportunities including support for Art vs Science and Lisa Mitchell, festival appearances at Beyond the Valley, The Plot and The Hills Are Alive, and her own headline tour.

It’s been a big year for E^ST – in between touring and studio time, she has been busy collaborating with a number of diverse artists including Club Cheval (FR), Darius (FR), Fono (UK) and Japanese Wallpaper.

Fresh off the back of touring with Little May, E^ST will in fact be joining Japanese Wallpaper as main support for his upcoming national tour. Check out the full dates below: