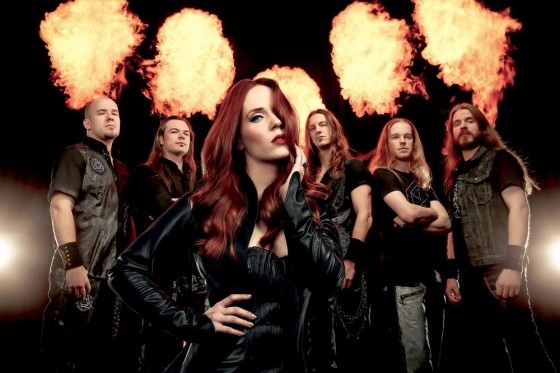 The EPICA experience returns and bring with them their grandiose, unforgettable live show to fans through Australia and New Zealand.

This is EPICA like you’ve never heard them before. Their latest album >The Quantum Enigma< sounds larger than life, expertly mixing devilishly sharp guitars, angelic choruses, evocative synthesizers, mindboggling drum work, and of course, another soaring vocal performance from Simone Simons. >The Quantum Enigma< is simultaneously the band's most intense and emotional release to date.

EPICA has earned its reputation as one of the foremost symphonic metal bands by repeatedly shattering expectations and pushing the very limits in the genre.

Australian pop sensibility with modern progressive heaviness – the cult force that is VOYAGER compliment and complete The Australian / New Zealand Enigma tour with EPICA. With five full-length albums under their belt, the five-piece from Perth is now firmly entrenched in its international reputation as “the band who doesn’t sound like anyone else”.

Be part of the undeniable power of the music that is EPICA.

ALL AUSTRALIAN SHOWS – www.soundworkstouring.com
– General Admission only / paypal only 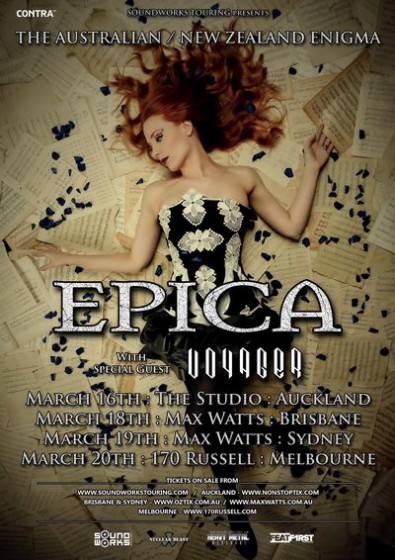