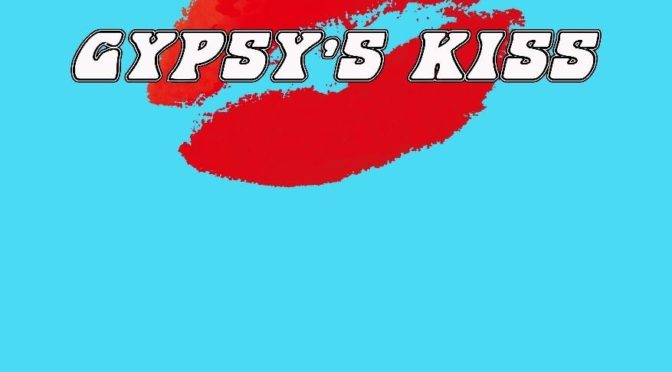 This is a little slice of NWOBHM history being re-released on May 1st, from a band that first started life in 1974, with one Steve Harris (Iron Maiden) as a founder member of the band along with David Smith who is back fronting the band today after finally reforming the band in 2018 under pressure from many areas, for a charity festival.

The reaction from the Maiden Family was such that the band got back together to re-record a couple of the original tracks, and a couple of new ones for an EP released in 2019, and now re-mastered with an extra track for a proper release.

Steve Harris started writing some of the early Iron Maiden songs while in the band, which only played 5 local gigs in London before they went their separate ways – with Harris joining Smiler where he hooked up with Dennis Wilcock and Doug Sampson who were both in early Maiden line-ups.

The EP contains songs that were first performed live by Gypsy’s Kiss in 1974. Influence, Gypsy’s Kiss – What Went Wrong and Endless Pit.  All of which are well known to those who study early Iron Maiden history.  Heat Crazed Vole, probably the best known of all the tracks, was written in 1973 and is based on a news report in a local newspaper suggesting that a very hot spell had caused a heat enraged water vole to bite a doctor (hard to believe).

The overall sound of the EP reflects a combination of that classic 1970s British Rock sound with some hints of the bass-driven sounds of what would become a Maiden trademark, with Endless Pit in particular containing a number of hints of what would develop.

The two new tracks co-written by Smith with guitarist Jonathan Morley show a slight change in direction, with a more modern melodic rock feel, but retaining that old-school rock foundation, with Settle The Score featuring a catchy hook of a riff, a really clean lead solo, and some quality harmony vocals.  Don’t Ask The Question is the bonus track and designated single for radio, and kicks off with some epic Hammond Organ and twin guitar melodies before a quirky riff brings in the verse, and the pre-chorus is a dream!

The legendary title track feels very much like we have been dragged back to the early days of the NWOBHM in the twin guitar lines and the chugging bass and drums, bringing memories of Praying Mantis, the Tygers of Pan Tang and others – and while the title is, let’s face it, somewhat strange, the lyrics don’t detract from the song itself……and until you hear the radio “excerpt” towards the end of the track, the idea of a frenzied rodent is not uppermost in the mind.

The 6 minute epic of Gypsy’s Kiss – What Went Wrong is another from the same period, and I really enjoy the tempo, the lower-key vocal delivery in the verse and the endless guitar harmonies over the organ.

A good solid EP with some historic and curiosity value and something for rock-lovers both old and new.