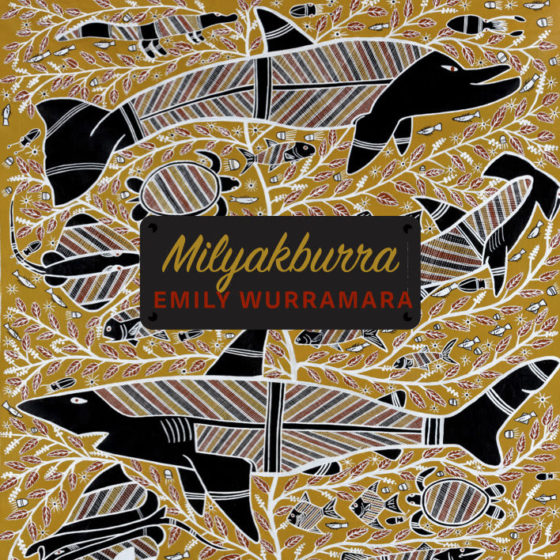 In 2016 Groote Eylandt via Brisbane singer-songwriter Emily Wurramara released her debut EP Black Smoke. Stories from her heart and childhood sung in both English and her traditional language Anindilyakwa, the EP stunned listeners across the country and saw Emily tour nationally and internationally. Black Smoke amassed over 1 million Spotify streams, 25K Shazams, 54K YouTube views, rotation on JJJ and ABC Local x 2, 10 weeks in the AMRAP charts, a Queensland Music Award, a publishing contract with Mushroom and live showcase slots everywhere from BIGSOUND as a Triple J Unearthed feature artist to Folk Alliance International in the USA.

Now, only two years on – with a child of her own and a world of wisdom at her feet, Emily Wurramara has officially announced the long-awaited release of her debut album ‘Milyakburra’.

Steeped in the sand, salt and concrete of her family, community, culture, islands and all of the souls that have played a part in her journey so far, Milyakburra is 11 tracks again sung in both English and Anindilyakwa that explore the contrasting themes of the two worlds in which Emily grew up – the island and the city. In her own words: “I grew up in two different worlds with two different perspectives of life but I’ve always had a strong love for protecting my land and inspiring and empowering my people through the preservation and protection of our culture, which is why I sing in my language”.

Milyakburra is the community on Bickerton Island, a smaller island off Groote where Emily would visit her Grandparents on the weekends and hear dreaming stories. Emily explains “They’d tell me the stories of the islands and the beings that walked both the land and the ocean. I wanted to name the album after Milyakburra because that is where my ancestors come from. My Great Great Grandfather Joe Wurramara established a community on Bickerton. Before the Dutch named Groote, the Maccasans used to travel from Makkasar in Indonesia to trade trepang (sea cucumber) with my people and in return they would give dumbala (material) and planted tamarind trees. The history is so rich that if you go to Bickerton there are Maccasan burial sites and their homes and the things they brought over are still intact”.

Teaming up again with award winning producer David Bridie, Emily has added some extra special collaborations to Milyakburra with features from her Uncle Enoch, some of the children of Groote Eylandt and her Great Great Grandmother ‘Gayangwa Lalara’. “Carry Me Home is a very special track for me because it features my Gayangwa Lalara! She’s a very wise woman and holds many sacred stories for the women in my community.”

Ngarrikwujeyinama was the first single to be lifted from Milyakburra, released earlier this year the track was added to rotation on Double J and ABC Local nationally, took out the number 1 chart position on AMRAP and saw Emily take home her 2nd Queensland Music Award in May.

To celebrate the release of Milyakburra, Emily is hitting the road again, this time with fellow songstress Alice Skye for a co-headline national tour. Launching their respective debut albums, the two young singer songwriters share not only an indigenous heritage but a beautiful friendship that will make for unforgettable live show. For more tour details visit Emily’s facebook – https://www.facebook.com/emwurramara/