The decadent rock outfit’s strong touring relationship with Australia can be traced back to their visit in 2000, on the back of their landmark album Thirteen Tales From Urban Bohemia. When they walked onstage for their Livid Festival set, they were met with such a screaming wall of white noise from the audience that they changed their set list on the spot, opening with the high-paced feedback dirge “Fast Driving Raveup With the Dandy Warhols”.

“I wish I could say that things like that happen all the time,” he says, “but it doesn’t. We were at the peak of that lineup and that series of songs we were doing. We were just young enough to be able to pull that shit off, and not too grown up. It was just a perfect moment. We had Even on tour with us, they had just put out A Different High, and it was kind of the perfect thing to go with us at that time. It was a blast. I think we ended with three nights at the Corner Hotel in Melbourne and we’d never done three nights in a row before… not sure I slept for three days.”

The plan for this tour is to test out material they’ve written for the new album, the followup to 2008’s Earth to the Dandy Warhols. Lately the band have been playing material from their first three albums, culminating in a string of shows in their hometown of Portland with founding drummer Eric Hedford. This focus on their early period is curious in the face of their recording new material. How were the creative forces different in that period compared to the last six years?

“With the Welcome to the Monkey House album, we were always struggling against something up until that point,” Peter explains.

“It wasn’t until a year after that record came out where it kind of broke big in the rest of the world – it did pretty well in Australia right off- that things changed. There was money around, people took more interest in what we were doing and they thought they could get their fingers in to make things better and make things more successful, and all of a sudden there were more demands that weren’t on us before. It’s just a simple factor of having that kind of success.”

Holstrom doesn’t think that not having to worry about money is its own active creative influence, however.

“Everything has an impact on your creativity,” he believes.

“When you haven’t had success with something, you don’t know what it is that you’re doing that is going to be successful, so you just do what you do. And if you have that success you either try and replicate it or avoid replicating it because you don’t want to do the same thing again. There’s a reaction to whatever it was that was successful. For instance with us we tended to play in a studio or a rehearsal space and play together as a band a lot more before there was money involved, because none of us had any money to do anything else. That’s pretty much all we could do.”

One thing that the last few years have freed up for Holstrom is his band Pete’s International Airport, a chance to experiment with various riffs and chord changes that didn’t fit in with Courtney Taylor-Taylor’s ideas.

“The way the Dandys work is, I bring in ideas if Courtney’s interested in writing lyrics to any of my ideas then that’s what happens, then if not then I can go away and do something with them. I’ve put together a band to perform those songs. It’s been really cool, and also a big learning experience of how kind of lucky the Dandy Warhols are: a group of people who come together and are actually able to pull off anything seems to be pretty amazing. It’s not easy.”

The Dandy Warhols have existed through the decade-long period of major upheaval that the Internet has forced the music industry to undergo. The last five years have seen the band adapting pretty intensively to a world where the traditional structures of consumption and distribution have all but dissolved. Will their efforts be enough?

“As far as I’m concerned, anything you get for free you can take for granted. And for me, music was so important growing up. Everything was based around music, and it seems a shame to take that for granted. I don’t know, it’s hard to tell where it’s gonna go, but it does seem like everybody expects it for free, which is ridiculous, because it doesn’t make itself. Nobody in the industry on the other side is not getting paid: people who are helping make the records and management and everybody else, they’re all getting paid. So it’s weird.” 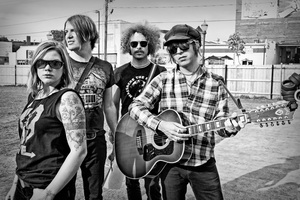