From the release of their eponymous album back in 1986, the music of Concrete Blonde gained a loyal audience in Australia with their popularity increasing with the release of each album and subsequent tours. In June 1990 the track ‘Joey’ from the album ‘Bloodletting’ found them at the top of the Australian singles chart; confirming them as one of the favourite touring acts of that year and ensuring future and frequent tours of Australia for the following fifteen years. Midway through 2006 the band announced that they had ‘retired’ from touring and recording.

The urge to gather again to play live has proved irresistible. Concrete Blonde featuring original members Johnette Napolitano and James Mankey have been playing to sell-out crowds in North America and are looking forward to returning to one of their strongest and favourite markets; Australia.

The Frontier Touring Company congratulates and welcomes back one of our beloved touring bands; Concrete Blonde especially to celebrate the 20th anniversary of a truly classic album ‘Bloodletting’.

GENERAL ON SALE:
Tickets for all shows go on sale
9am Local time: MONDAY AUGUST 16TH 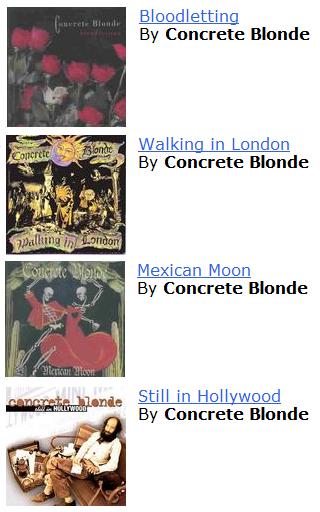 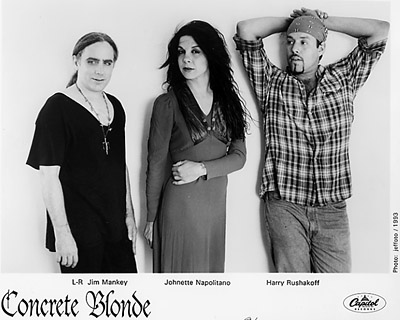