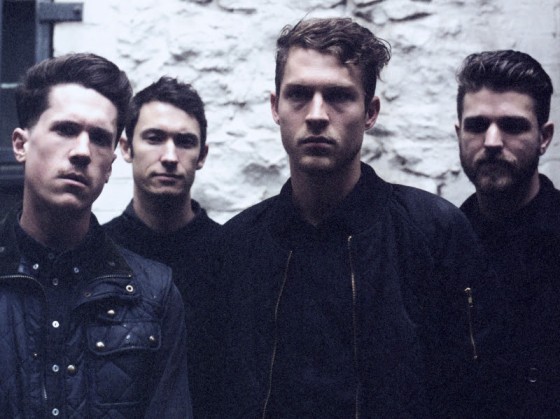 Today it’s with great pleasure that we present you with City Calm Down’s exhilarating new single ‘Son’, which was premiered worldwide earlier this week by Matt Wilkinson on Apple’s Beats 1 radio and immediately picked up by the NME. ‘Son’ is the next slice to be revealed from the Melbourne quartet’s highly anticipated debut album, In A Restless House (out November 6 through I OH YOU).

Having turned heads back in 2012 with their debut EP Movements, the four friends who make up City Calm Down quickly found themselves thrust into a flurry of praise as lead singles ‘Pleasure & Consequence’ and ‘Sense of Self’ received high rotation on key radio stations, which subsequently lead to the band being invited to tour Australia with acts like alt-j, CHVRCHES, Totally Enormous Extinct Dinosaurs and Bombay Bicycle Club.

The natural progression for any young band would be to quickly piece together a debut full-length and take advantage of the momentum. However, rather than rushing their craft, City Calm Down opted to venture into an extended hibernation period, in which they bunkered down for over three years… tinkering away and honing their sound with 70+ demos until they eventually surfaced with a brilliant full-length – which we cannot wait to share with you!

With press from around the world (NME, Stereogum, Consequence of Sound, etc) already praising the first two cuts from the record, we’re now very happy to present you with ‘Son’. Opening with Samuel Mullaly’s organs and Jack Bourke’s signature baritone vocals, ‘Son’ is a track that swirls and turns while continuing to build (coupled with some well-placed horns and choir backing vocals) into what is in essence a beautiful climax of pop music.

City Calm Down will be touring nationally this October in the lead up to the release of In A Restless House – all shows are likely to sell out. Sydney fans should get in quick smart before they’re all snapped up, while a second show in Melbourne is now on sale and selling fast.

The band will also be appearing at Lost Paradise festival around New Years, and will be announced on a few other key festivals soon.