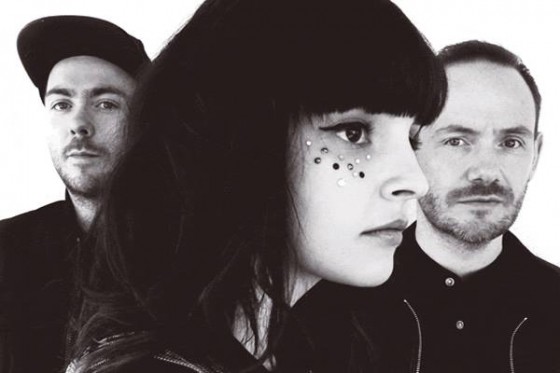 With the release of their incredibly impressive second album Every Open Eye, CHVRCHES have strengthened their status as one of the most-loved and respected bands in the game. Attracting perfect or near-perfect scores all over the world, the album broke into the Top 10 in the US, UK, Australia and elsewhere on its release.

Their debut Bones of What You Believe (2013) was recorded in isolation and propelled them to the spotlight via early blog support, word of mouth and over 350 shows in just two years.

A study in contrasts – a fiercely intelligent pop band with a DIY ethos, wildly popular and critically acclaimed, a huge-sounding band that do more with less – CHVRCHES are poised to become one of 2016’s true global stars.

Praise for Every Open Eye:

“It’s an assured follow-up to their US-conquering debut, ‘The Bones of What You Believe’, picking out its predecessor’s stadium-pop moments and turning up the intensity without ever overselling its charm”
– 4/5, The Guardian

“A cleansing release, commanding your limbs to clear the nearest usable space of bystanders and dance it clean.” – 8/10, NME

CHVRCHES
BROUGHT TO YOU BY LANEWAY PRESENTS
Supported by triple j
Tickets to the General Public on sale 9am, Friday 23 October (local time)