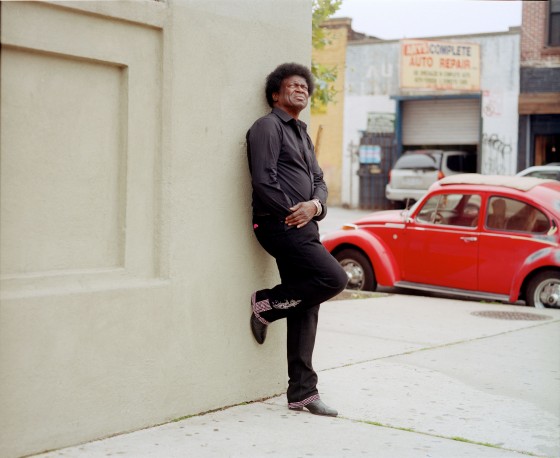 Charles Bradley will be bringing Funk, Soul and his remarkable story to Australia and New Zealand next March/April. Along for the ride will be his all-star band, comprising of members of The Dap Kings, The Menahan St Band, Budos Band and others.

Charles Bradley burst onto the scene after releasing his widely-praised debut album No Time For Dreaming (2011) at the tender age of 62. His incredible against-all-odds rise has been well-documented: how he transcended a bleak life on the streets to soul super-stardom, after being discovered impersonating James Brown by Daptone Records in Brooklyn.

A glistening voice in modern soul, with distinctively rough-hewn timbre, it’s the unmistakable voice of experience and personal connection to the music that keeps you captive when Charles Bradley is on stage. Each note and gruff inflection is an expression of his tumultuous personal path, and it has the world-over sitting up and taking notice, including the likes of SXSW and Rolling Stone.

“Bradley is a classic showman. He sells every syllable, dropping to his knees, outstretching his arms, shaking his hips. And that voice, both pleading and plaintive, anguished and extraordinary.” – Los Angeles Times, SXSW review

Bradley returns to Australia in 2015 as part of the celebration of the release of his second album Victim of Love: an offering of gratitude to his fans and supporters, packed with joy and broader musical scope, including experiments with psychedelic soul The Temptations explored in the early ’70s.

Check out the trailer to the highly acclaimed documentary Charles Bradley: Soul of America here: http://www.youtube.com/watch?v=uegzZWp6Y4w.